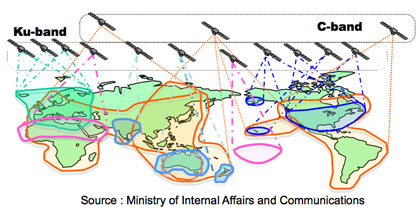 The new channel consists of NHK’s English TV programs that used to be broadcast via several satellites worldwide, and the translated edition of popular Japanese programs produced by the private TV broadcasters.
If you are outside Japan, you may enjoy watching it only with broadband Internet connectivity. But due to restrictions on broadcast rights, domestic access request from inside Japan is blocked by detecting the viewer’s location by his/her origin IP address. 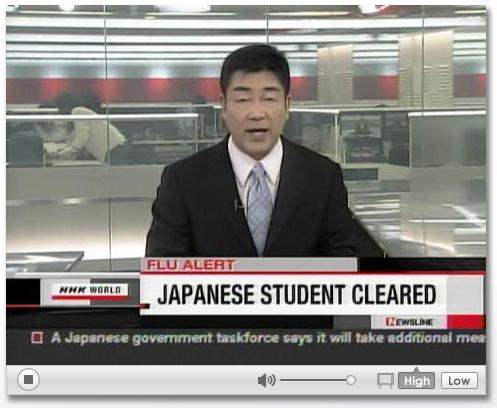 This project is rooted from the idea of former NHK chairman Keiji Shima, that intends to build up a worldwide 24-hour TV channel in association with BBC and ABC, but he resigned the position because of impeachment scandal and died before he complete what he has thought.
Inspired by brand new 24-hour international channels like France 24, Deutsche Welle and Aljazeera English service, Japanese government and the ruling party have demanded to set up more substantial information resources to let the world know more about Japan in order to gain the country’s presence in international communities.
The following picture is quoted from David Shackelford‘s Flickr photostream, under Creative Commons License Attribution-Noncommercial 2.0 Generic, and it showed Kevin Cooney was presenting jibtv at the 4th edition of Tokyo CGM Night, organized by Danny Choo / Andrew Shuttleworth and held in late April at Super Deluxe, Nishiazabu, Tokyo. Kevin serves as a regular reporter for a NHK World program “Tokyo Eye” which now you can watch on jibtv.