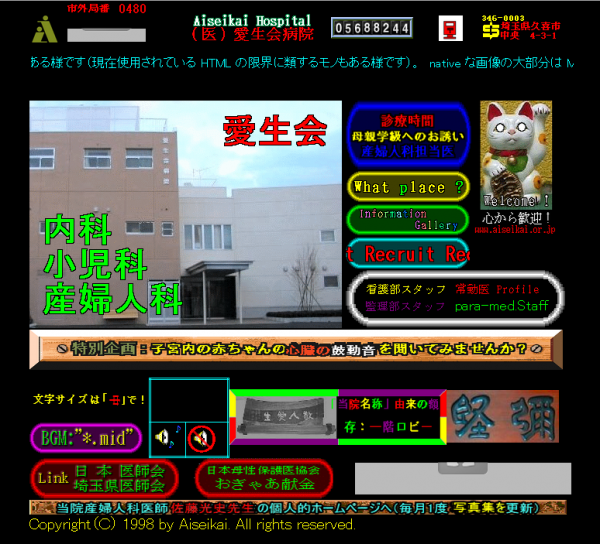 ITMedia reports that the notorious website of Aiseikai Hospital is planned to be closed within 2 months, a son of the hospital head revealed on his Twitter account @miya_blu_swing. The tweet [J] has been retweeted more than 2,000 times.
The screenshot above can not show you the vividness of the site. You should check it before closed. It is not a joke site or for enlightenment, a real hospital site.
The site has been there around the end of last century, frequently referred as a very bad example of web design in Japanese. Here is a version in 2000 thanks for the Internet Archive and @No_1026 [J]