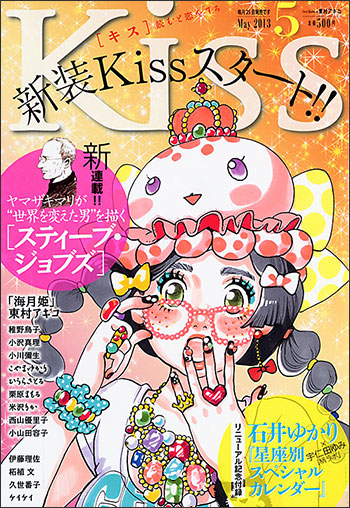 Yahoo! Bookstore offers free preview of the first half, 17pages. You may read it here, though texts are all in Japanese. The blue big button “無料で読む” is a link to html viewer. 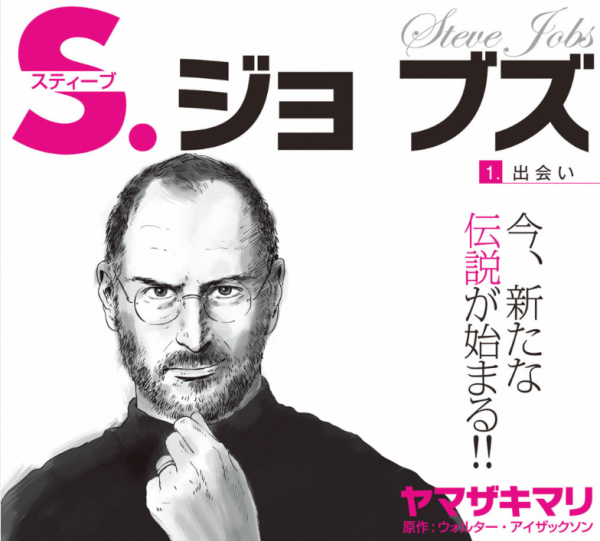 The story begins with episodes that how Walter Isacson became to be his biographer after Jobs’ passionate approach, at first without knowing his cancer.
Here is a video that the author Mari Yamazaki’s message, with how she draws it.

In Japan, couple of hundreds or thousands page manga series are usually released in anthology magazine first, with 10-20 different manga. Then, when with every 200-300 pages stocks, paperback version will be published.