We have been reporting how often personification received positive responses from tech/net-friendly consumers. For example, Android handsets, computer virus and popular web services had gotten anthropomorphic images by third-parties.
A Twitter user @kudou39 noticed that a Japanese foreign exchange company SBI FXTrade featured 9 virtual girls for 9 major currencies they are offering trade. Here is a poster he found at station in Tokyo waterfront.
http://twitpic.com/bqbbal
SBI FXTrade’s site has them, too. 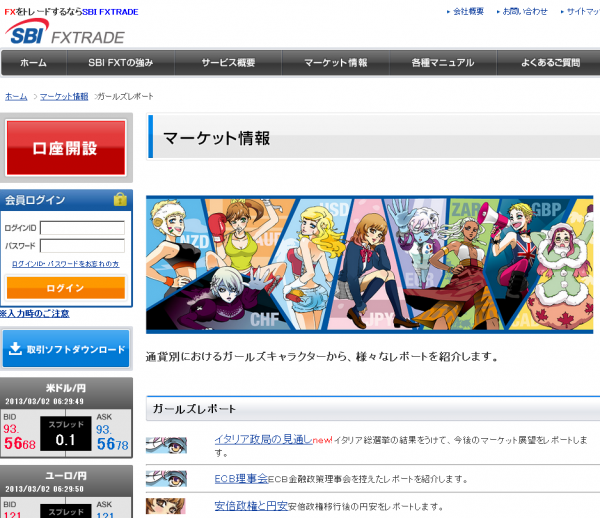 The characters embody these currencies;

At the site, each girl has her own “Girl’s Report” corner and provide information around herself. 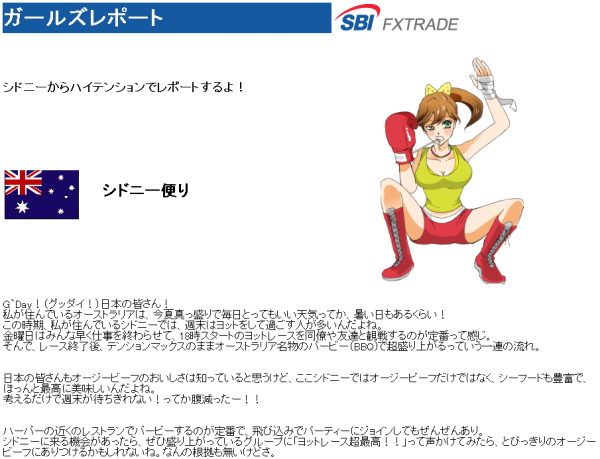 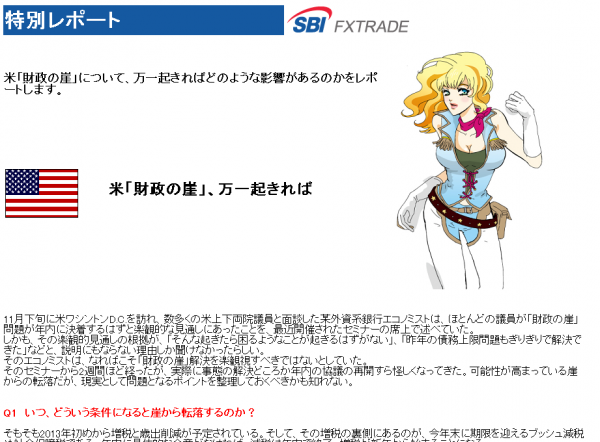 Some of the currency girls seem to give reports not only in matter-of-fact manner but also with long seasonal greetings, her personal lives in their countries, etc.