According to Socialbakers, which takes the number of users from Facebook’s own advertisers tool, the number of Japanese Facebook users jumped up from 10.5 million to 13.99 million. 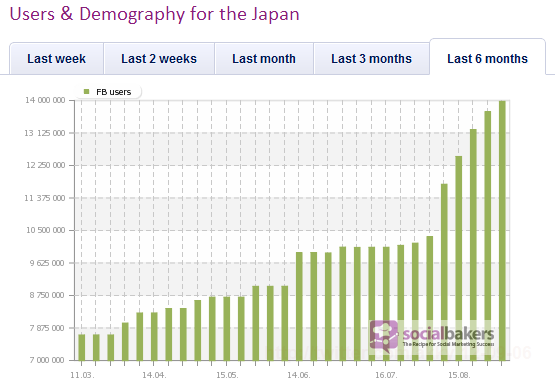 I do not notice any other signs to show Facebook’s popularity increase in August, but if Facebook’s self-claiming user base is reliable (maybe not so), something good is happening on Facebook Japan.