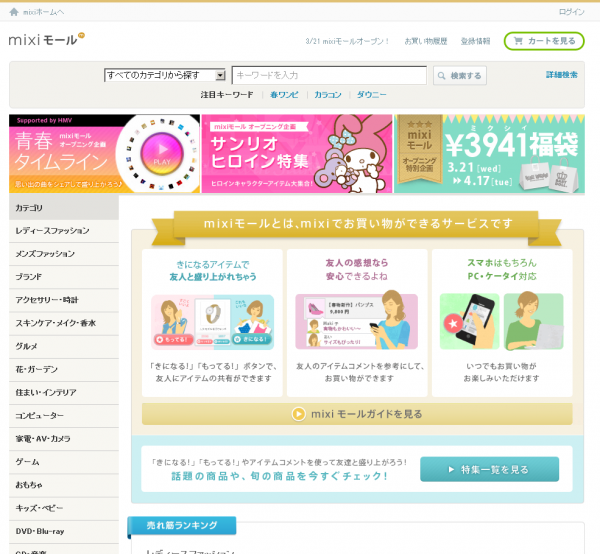 As you might know, the two of Japan’s top three social networking services, Mixi and Mobage are run by these two companies. Mixi is the counterpart of Facebook in Japan, Mobage is like Zynga having its own social networking. Whilst Mobage/DeNA competed harsh against the rest of the top 3, Gree, DeNA and Mixi have rather friendly relationship, which they once explained dividing the users on Mixi’s “social graph” and Mobage’s “virtual graph”.
Different from Gree who runs the service Gree only, DeNA had been providing several web services mainly on Japanese cellphone web. DeNA’s mobile online auction service Bidders [J], which also cooperates with the nation’s #2 carrier KDDI on “au one Shopping Mall”, is the base system to provide e-commerce side. 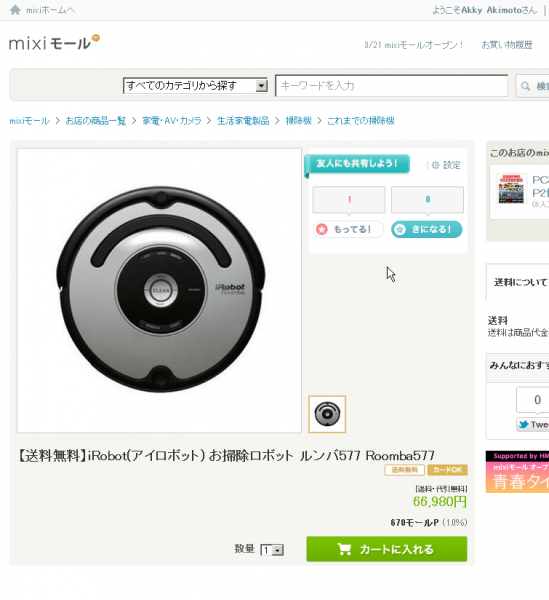 On Mixi Mall, you log in by Mixi account, search and browse products, express you “have it”(Motteru) or “are interested in”(Kininaru) by pressing button, and make comments on it, to share your Mixi friends.
via Release [J]