Mark Zuckerberg is showing up at the event in Tokyo now. The event is Facebook Mobile Hack Tokyo [J] at Tokyo Midtown, Roppongi.
Photos by @ken_b4u,
http://twitpic.com/92rfn1
http://twitpic.com/92ridj
[Update 4] A Japanese Facebook user recorded when Zuckerberg appeared. You see how the attendees (expected someone else) were surprised.
[Update][Update 3] Some Twitter users tweeted that he met the prime minister Yoshihiko Noda today, which no media have reported yet. We will see soon if that is true.
Reuters now reports the Noda-Zuckerberg meeting.
[Update 2] Softbank CEO Masayoshi Son, who has been known its active Twitter usage (@masason), began Facebook today.
His first message at 17:55 was “I am to start Facebook from now on”(これからFacebookを始めてみようと思います。) 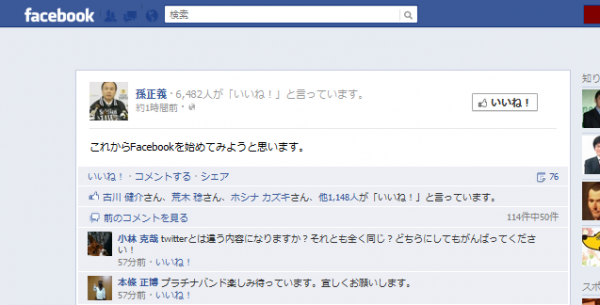 Of course, many social media users link this two incident, they think Zuckerberg and Son had a meeting in Tokyo.