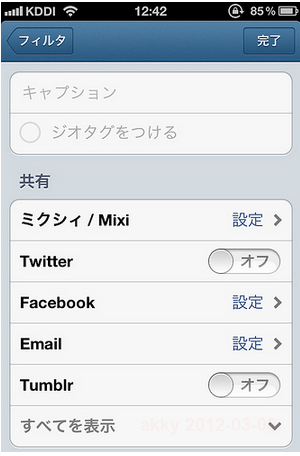 The uploaded photos will be uploaded to your diary section on Mixi. 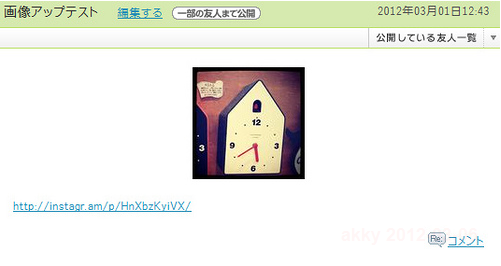 Although tech-savvy do not like Mixi any more, majority of Japanese web users are still in Mixi, who could be loyal users in compare to tech-savvies who hops around new services every month. Even if those Mixi users migrate from feature phone to iOS, Mixi to Twitter (or Facebook?), showing some concerns on Mixi users is worth doing to be competitive.
The version 2.2 also supports China’s Weibo.