Shares in Japan’s top social gaming company GREE (current market cap: US$6.5 billion) dipped 6.15% today, following reports of users exploiting a glitch in the platform’s top social game.
The title in question is “Tanken doliland”, a social card battle game mixed with RPG elements. As we reported yesterday, a bug in the game makes it possible to copy and distribute any virtual card. Some rare cards in these games are very expensive and almost impossible to get for the majority of players, which is why some users started selling off (apparently copied) cards on Yahoo Japan’s auction site.
doliland is GREE’s biggest money maker at the moment: it generates US$26 million in virtual item sales on smartphones alone (per month!), and it was the top grossing app in the Japanese App Store (it’s still the No. 5). In GREE’s own ranking of the most popular games, doliland is the No. 1 currently.
Asked by business daily The Nikkei, GREE today admitted the existence of the problem and says it’s working on fixing the bug.
At the Tokyo Stock Exchange, the company finished the day down 146 yen at 2,228 yen. Apparently, investors are worried about the game’s future performance.
Here is how doliland looks like (iPhone version): 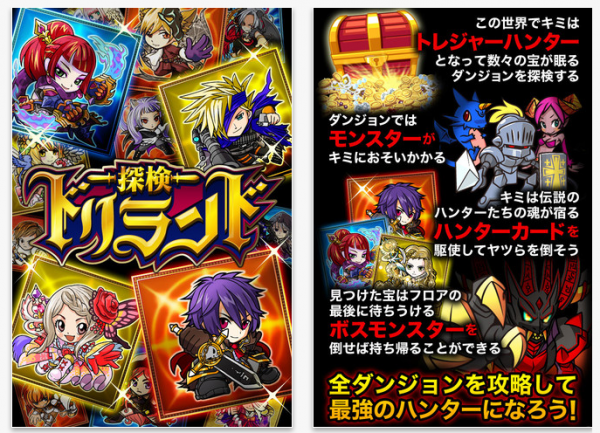 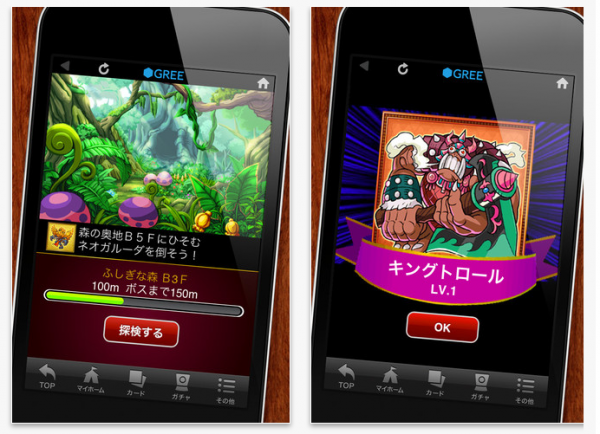