Hulu Japan, actvila, and other existing video content providers are getting competition soon: a total of seven Japanese companies are currently preparing a video-on-demand service for connected TVs that’s scheduled to launch on April 2 this year.
Dubbed “Motto TV” [JP, PDF], the service is backed by: 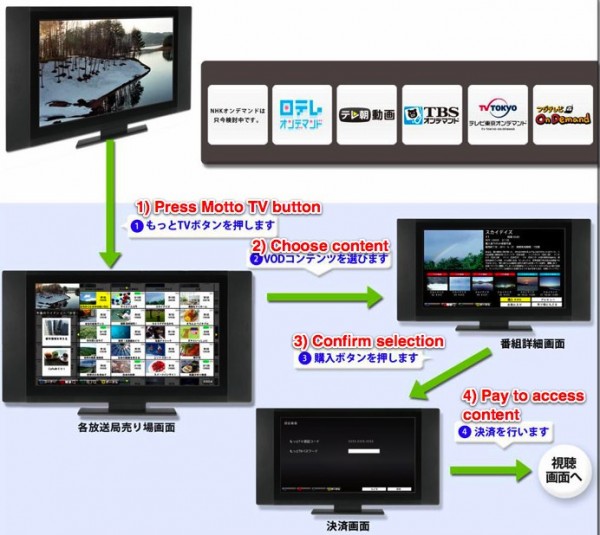 NHK alone is ready to contribute a total of about 4,000 shows to the 10,500 programs Motto TV will start off with. Users will need to own compatible TV sets that are expected to go on sale from April.
Motto TV programs can be selected via the remote control, for example anime shows, TV series, or comedy programs. Fees vary, depending on the program itself and the station that’s broadcasting it.
Users can browse through the content by selecting different genres, entering key words, or accessing rankings from the menu.