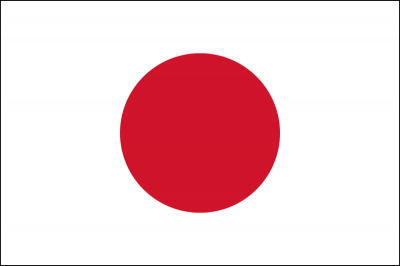 2011 is over – reason enough to take a look at some of the key trends that shaped Japan’s web, mobile, and gaming industries last year.
I could think, in no particular order, of five major developments that made a significant impact last year:
March 11 Triple Disaster
The triple disaster that hit Japan on March 11, 2011, highlighted the power and importance of social media and the web at large when it comes to communicating and sharing information with others – especially as the phone networks went bust immediately after the earthquake and made voice communication impossible.
Challenges remain, such as the digital divide (young vs. old people, users who are web-savvy vs. those who aren’t, etc.) or the danger of mass-distributing false information through social media, but the web’s “reputation” has clearly risen in Japan.
Internationalization
The list of Japanese web, mobile, and gaming companies that started expanding across borders (or bolstered their efforts) in 2011 is long: Rakuten, DeNA, GREE, Dwango’s Nico Nico Douga, and CyberAgent are just the most prominent examples.
Quite a few startups are now creating services that are multi-lingual from the get-go (i.e. Sumally, Beatrobo, Crowsnest, etc., etc.).
The tech industry is maturing, Japan’s population is greying, and entrepreneurs need to deal with saturated markets: expect internationalization to only pick up speed in the next years.
Android Revolution
The smartphone revolution started earlier than 2011 (mainly driven by the smash success of the iPhone), but it was during the last year that Android really started gaining a foothold in Japan. Just one example: SoftBank’s winter 2011 cell phone line-up includes just one feature phone – but nine Android handsets.
Feature phones are still king in Japan, but market research companies like Tokyo-based MM Research are expecting smartphone shipments to outnumber those of traditional handsets next year.
Americanization
2011 is the year that Facebook started to become popular in Japan even though it will take at least another year to determine how sustainable the growth really is – not too few people think it has the potential to eventually throw market leader Mixi off the throne. Twitter has seen another massive boost in popularity after March 11 (see above).
In mobile, Google’s Android and Apple’s iOS are set to dominate the market in the next years – local mobile platforms have no chance in the foreseeable future.

Cool Japan
I saw Techwave editor-in-chief Tsuruaki Yukawa highlighting this trend in a recent presentation, and he’s right in saying that quite a few Japanese startups in 2011 started riding on the “Cool Japan” wave: Snapeee and Decopic are probably the most successful examples, next to Nico Nico’s new English version, Japan portal FindJPN, or e-commerce brand satisfaction guaranteed on Facebook.
Incubator Boom
I still hold there is a clear disconnect between the number of incubators in Japan and the number of startups and entrepreneurs they can “absorb”, but that didn’t stop venture capital (and other) companies in Japan from launching one incubator after the other in 2011.
The boom started with Open Network Lab in 2010, and now this country has well over ten full-scale startup incubation programs.
Other trends
Other interesting developments observed in 2011 include:
The following two tabs change content below.