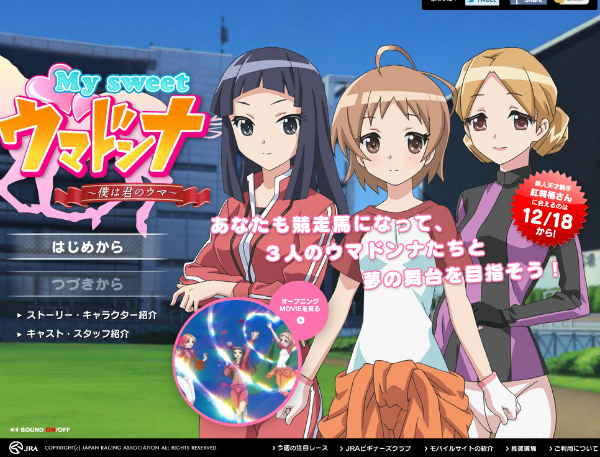 Last month, we introduced a Japanese dating game on which you go out with several handsome pigeons. It was weird to play love-life with pigeons, but probably this one comes with more familiar theme, love with horse. The game is offered by Japan Racing Association (JRA, or “Nippon Chuo Keiba Kai”), a public company operates Japan’s central horse racing.
My Sweet Umadonna (Uma = horse + Madonna) [J, start with animation with music] has been released today for PC browser and Japanese feature phones [J].

You are an unconfident and gutless 3 years old male horse. Your race debut is late because of delayed development, but this stable block accepted you with expecting your latent potential.
(from “Story” page)

You will meet three “Umadonna”, a stabler girl Asuka Matsuda, a handler Kotobuki Yumeji and an equestrian Chris Fujisawa. 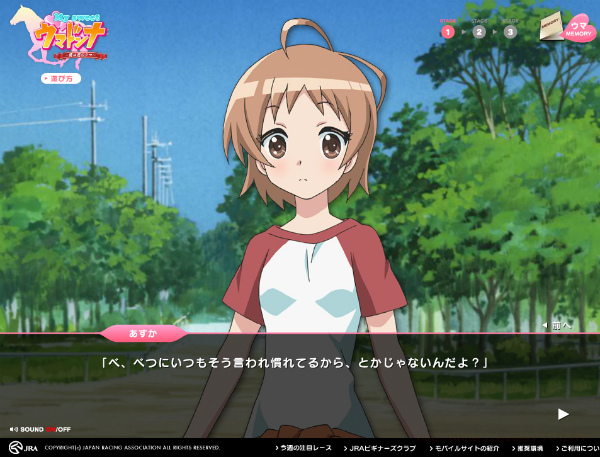 You, the horse, naturally make conversation with girls in the game… 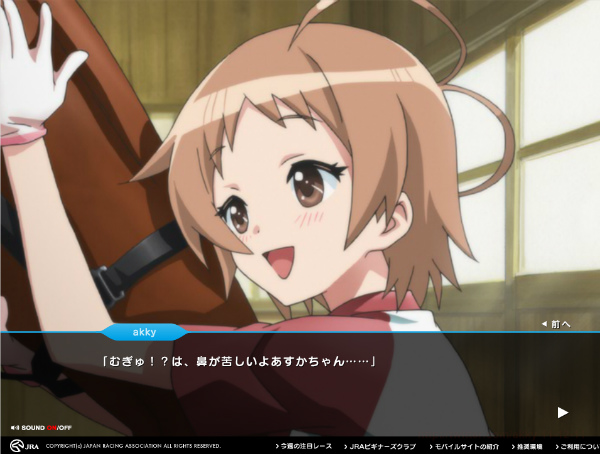 The teaser was given on December 9 from JRA release [J], the game has just been released today around noon. 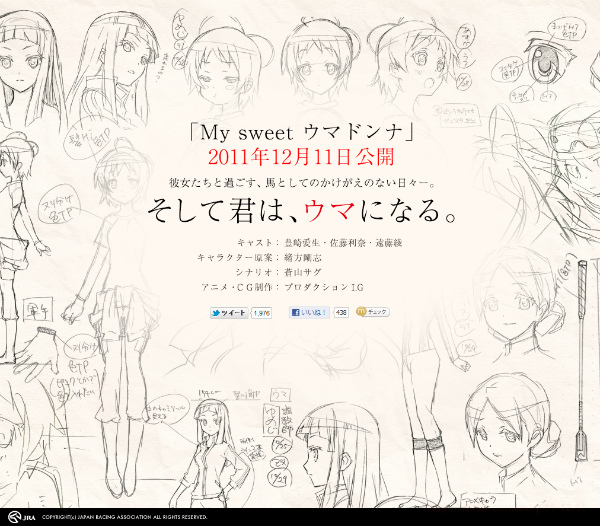