Nikkei Entertainment, an entertainment magazine under Nikkei newspaper made an interesting chart [J] around all 35 series of popular Super-Sentai-series, also known as Power Rangers oversea, has been made for 36 years since 1975, shows which series had what colors of heroes. 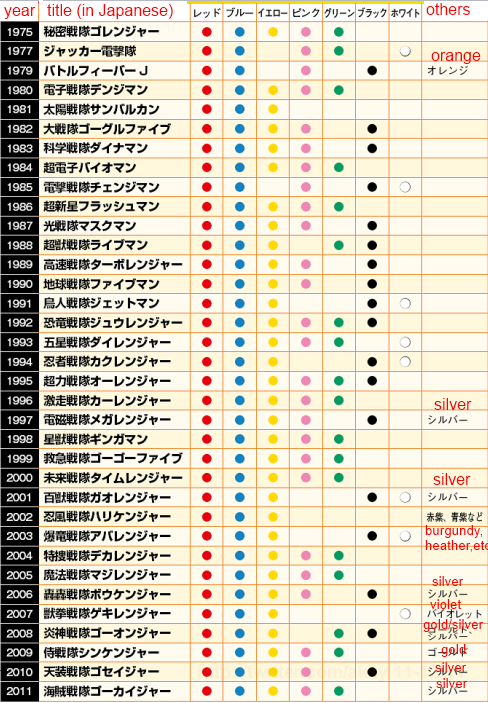 According to the article, colors and characters are closely related with Japanese people’s impressions on each colors, like red-helmet one tends to play a leader role with lively energetic character.
The first Power Rangers exported matches 1992’s Jyu-Ranger.