A Tokyo guy whose name is Ryoma Sakamoto complained on Twitter that he had been banned from Facebook as he was using a fake name.

“I was suddenly unable to access Facebook. ‘Your account was suspended because your using name is not a real name’, which is not true…”
He tweeted “Facebook is asking him to submit two images of identity, when I could rent a video and buy a cellphone with only one ID.”
His employer, a Tokyo-based publisher Shufu no Tomo sha confirmed [J] that he is a real Ryoma Sakamoto and belongs to a sales division on its company PR Twitter account.
Another Ryoma Sakamoto is one of the most popular historic icon in Japan. NHK made a TV drama series on Sakamoto in 2010 with featuring a popular singer/actor Masaharu Fukuyama. 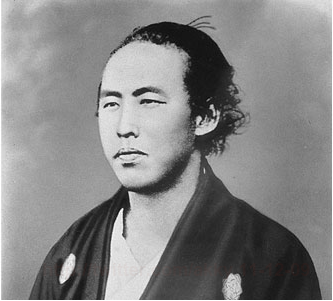 Sakamoto Ryoma, born in Kochi in 1835, made a great contribution to Japan’s rapid modernization which marked the end of 700 years of feudal government. The modernized nation he pictured had laws, a parliamentary system and a diplomatic office.

That banned Sakamoto’s icon photo is obviously a one in Japanese kimono which disguised the historical figure Sakamoto’s popular photo, and his blog [J] shows he is trying to impersonate the great Sakamoto. There are some other “Ryoma Sakamoto” there on Facebook.
Hat tip to @bulkneet