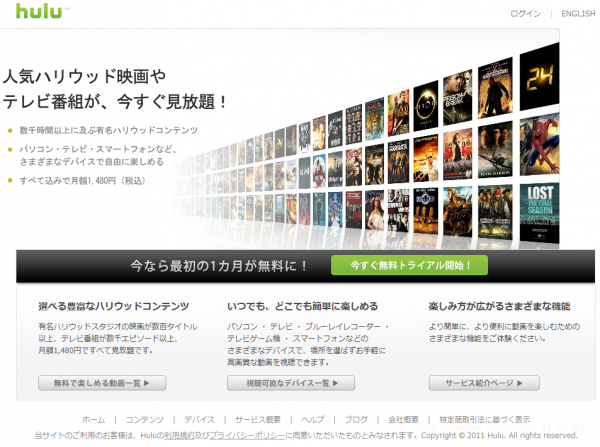 Hulu established its Tokyo subsidiary on August 10. On the announcement, the service launch in Japan was told “later this year”, but it seems they are speeding up. It took only 3 weeks for Japanese version launch.
Hulu’s English official blog tells the launch both in English and Japanese today, August 31st in US time, which is September 1st here in Japan.
The browser version of Hulu viewer has “Japanese subtitle” menu with 3-levels font-size changer. 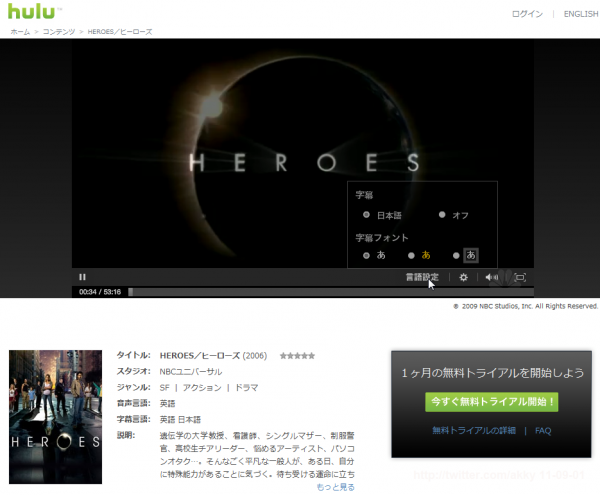 Starting at launch and in the weeks following, Hulu’s service will offer entertainment fans in Japan unlimited instant access to hundreds of premium feature films like Pirates of the Caribbean, Armageddon, Men in Black, Troy, and As Good As It Gets and more; and thousands of episodes from previous seasons of TV shows including 24, Bones, Criminal Minds, Desperate Housewives, Fringe, Grey’s Anatomy, Gossip Girl, Heroes, LOST, NCIS, Private Practice, Prison Break, and Ugly Betty and more. 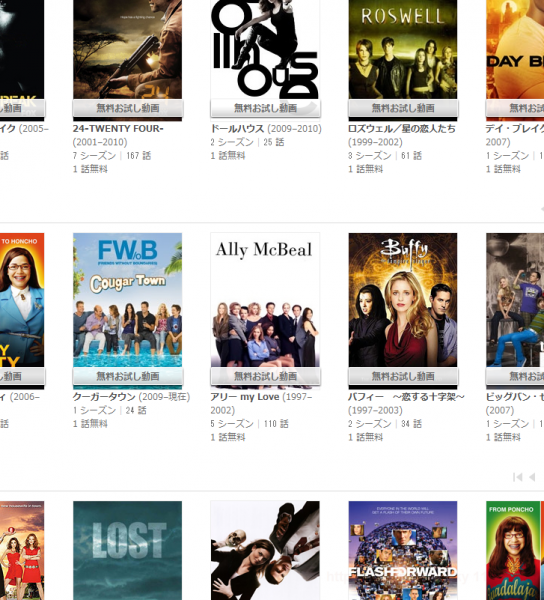 All movies I checked come with English audio with selectable Japanese or English subtitle. I could not find no dubbed Japanese ones.
In Japan, Hulu does not use commercial model but only subscription is provided. Monthly subscription fee is 1,480 yen (US$19).
Major Japanese online movie services with million paid users are Yahoo! Gyao, Nico Nico Douga services, DMM, Rakuten & Usen’s Showtime and BeeTV (for cellphone. Hull’s long list does not include Japanese feature phone).