This app can be used everywhere, but probably it is only needed in Tokyo.
Densha de Suwaru (sitting down on train) by Velc is a newly released free iPhone application to make your own database of passengers whom you commute with every morning and night. 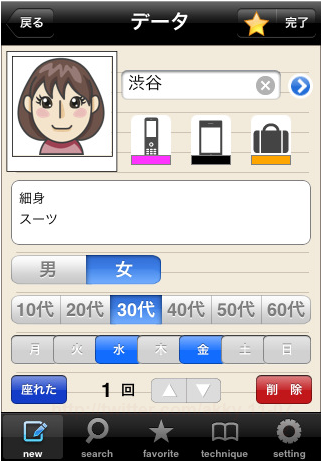 On the app, for each other passenger you will make a list of features, on which line at what time train, on which days of week, from which station she/he rides on and which station she/he gets down, gender, age, colour of her/his cellphone, smartphone and bag, and more notes.
You can make montage pictures of your comrades on fully-packed train. 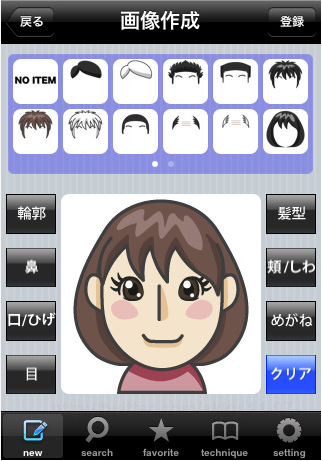 Taking photo may be easier but that is not recommended. Chinese proverb says “Don’t tie your shoes in a melon field, and don’t fix your hat under a pear tree”.
After adding good number of data, you will be an expert to find who is the next leaving one from all seated passengers.
In greater Tokyo, where many people ride on train for 1-2 hours every weekday, how to sit down on train is a huge issue. There was a best-seller book in 2005 whole of which explains how to get a seat on commuter train, originally was a popular blog.
via Touch Lab