Takafumi Horie, ex-Livedoor CEO, who had challenged several Japanese traditional companies and thought as one of Japanese IT-industry icon, who recently got rejected his appeal of innocent by supreme court, unveiled on his personal blog that the day of imprisonment is today, around 13:00 June 20, 2011 [J]. He is planned to be in jail over 2 years.
As he bespoke, he is broadcasting his today’s activities from his home to jail “as far as possible” on his Horiemon Channel from 11:30 on a popular video stream service Nico Nico Namahousou(=live).
It is only available for the channel’s paid member, who pays 1,000 yen per month. 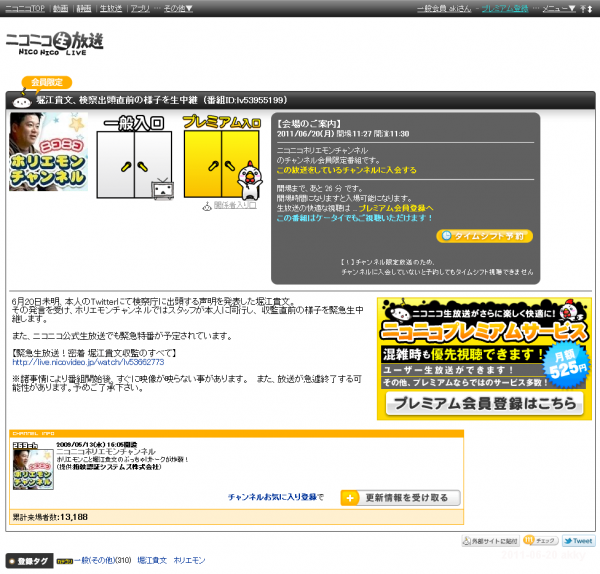 On the blog notice, he revealed that he will keep his paid newsletter, which is subscribed over 10,000 people, twitter and blog via his staff, magazine and book writing and his rocket company management in jail.
[Update]
There are two channels provided, one is for paid member with closer cam and the other is for free, which is similar as other TV news reports. 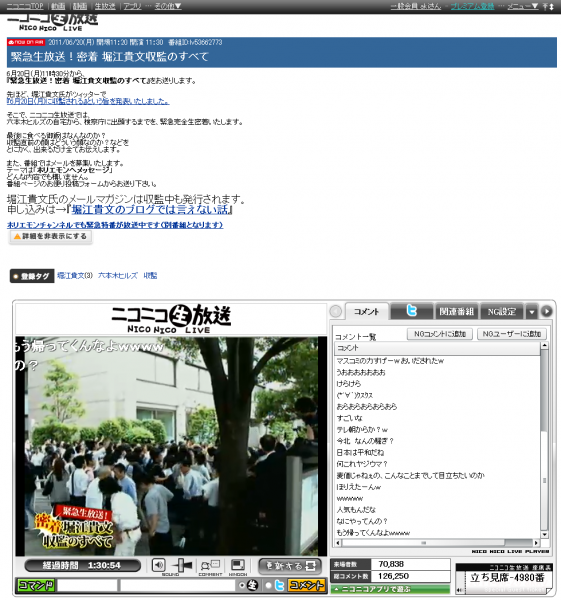 Horie appeared with 2-channel founder Hiroyuki Nishimura. He wore this T-shirt which protest how his size of “fraud” is smaller than other Japanese companies similar cases, which did not cause any imprisonment. 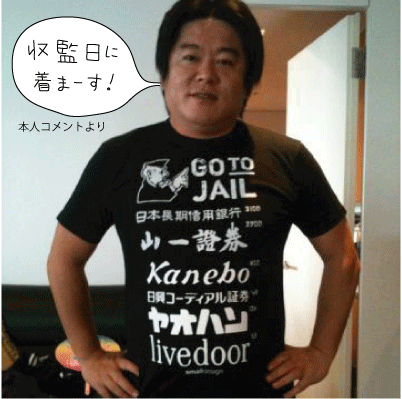