At the beginning of April, I was almost writing up an article about how the Eastern Japan earthquake affected social media battle. Since the end of 2010, Japanese traditional media had been in great favor of Facebook as “the next big thing from US”. Their endless coverage was very similar with what was done with Twitter in 2009-2010, and eventually, Twitter’s appearance on mass media became rather small.
However, the disaster changed the game. Facebook might have been a good platform with its real-name policy if Japanese Facebook penetration was not about 2% of population. (Although the real victims in the disaster areas could not use any social media by black-out,) Twitter was the cure for tens of millions people who wanted to confirm their friends safety under disconnected phone. Twitter also helped that people who had to walk back to their home at the night of the earthquake in greater Tokyo. Many raw information (, false rumors and corrections as well) were circulated on it for weeks.
A blogger Edgefirst summed up that how Japanese newspaper companies utilized/opened their Twitter accounts to cover up their stopped and delayed distribution. Twitter accounts of some Tohoku region newspapers added 500-700% followers. National paper’s official accounts got notable gain, too. Generally speaking, Japanese newspapers are anti-internet with fear for losing their readers, but this disaster seemed to encourage web amiable factions.
Non-Japanese residents’ English activities were huge on Facebook. Many support from overseas were discussed on Facebook as well. But in Japanese language, there were less activities happened from Facebook, if you compare them with Twitter and other web services.
Here is the population graph of Facebook Japan users recorded by Socialbakers after the quake. Screenshot on April 4th. 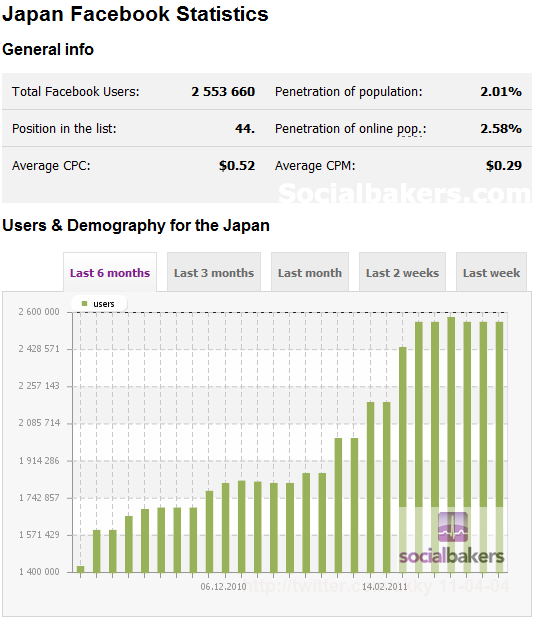 The number of Japanese Facebook users were sharp rising around the release of the movie “The Social Network” in early January, then, March 11th quake completely stopped the trend. The graph above is from April 4th.
Then, on April 5th, something strange was observed on Socialbakers (and Facebook’s ad tool, as Socialbakers is only recording numbers from it).
In Japan, as Serkan Toto pointed out on his blog, half a million user joined Facebook in a day. That made over 3 million users, Facebook population increased 20%. 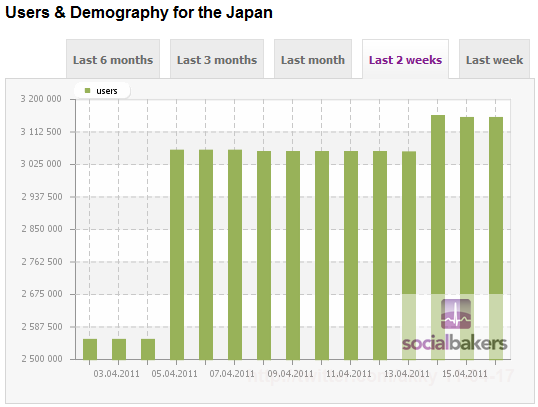 In China, ReadWriteWeb showed that over quarter million Facebook users disappeared on the same April 5th. 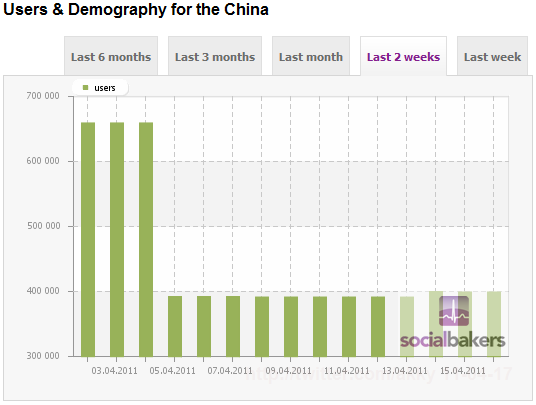 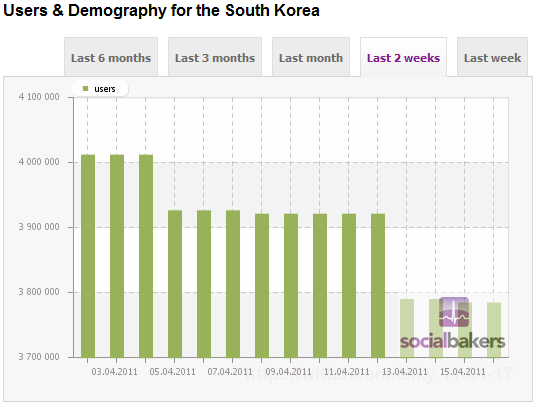 Taiwan lost one million active users(10%) on the same day! 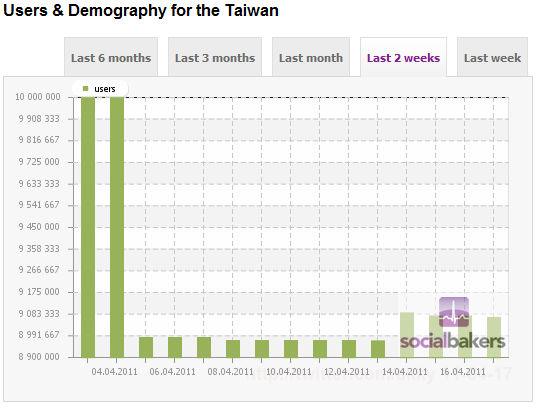 So it seems as if massive users moved out from Taiwan and China to Japan. If it was opposite way, it could happen as some people evacuated from Japan to other Asian countries. (still the number is unbelievable high, though)
There were no campaigns like “changing your location to Japan on FB (for showing support or something)” as far as I know. 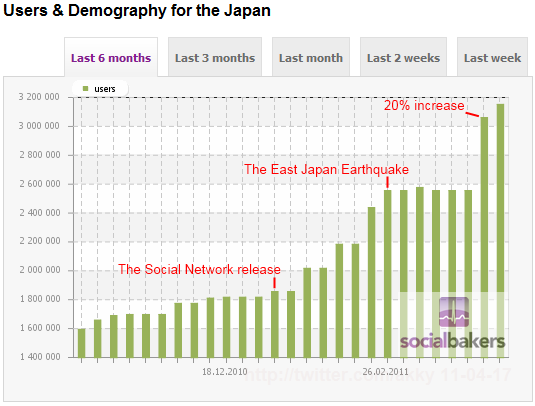