Pac’n Twit for iPhone/iPad is a new free Twitter client by Bandai Namco, yes, the company made Pacman 31 years ago (Namco merged with Bandai in 2005).
Here is a screenshot of Twitter timeline, 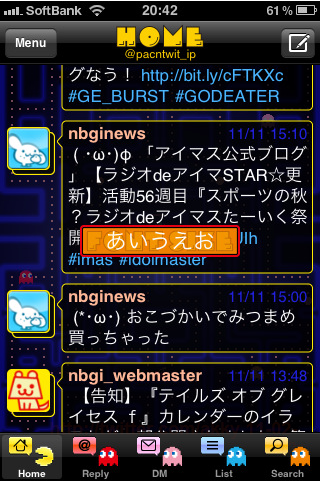 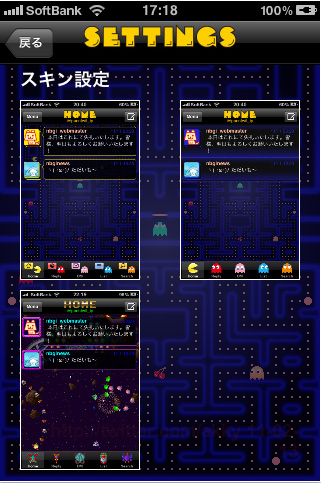 Both i-Appli version and iPhone/iPad version are free. Although it says to support Japanese, English and French, it seems not available on US iTunes App Stores at now. Official Twitter account @pacntwit tweets only in Japanese, too.