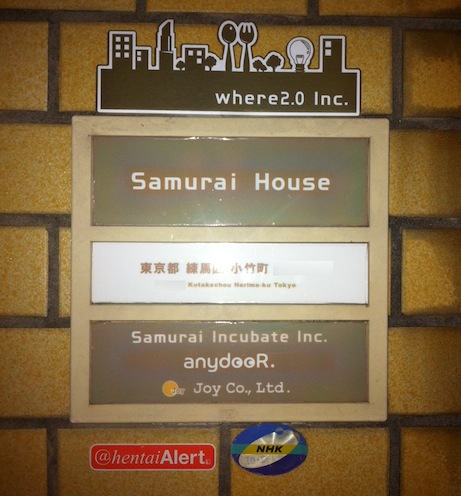 Samurai Incubate, a Tokyo-based seed accelerator aiming to bring up many Japanese tech start-ups, announced today the launch of its second fund which is worth 62 millon yen (=USD755,000).
With its first fund launched in 2009, the firm invested in nine tech start-ups including social translation service Conyac (refer to this Asiajin story), smartphone ad-optimizer Nobot (refer to this), Sassor and Rei Frontier.   (Refer to the Asiajin story via the link in the “See Also” section below for more details about Sassor and Rei Frontier.)
Mr. Kentaro Sakakibara, the firm’s CEO, says, it will complete investment in new ten tech start-ups by this coming March, and some of those will be registered as companies in the US to intend to compete in the international arena from their seed rounds to exits.   He told us that eight of the ten start-ups has not yet been introduced to the public, and they are brand new from the categories of share, cloud, lifelog and social services.
See Also: