A Japanese startup Kayac released mixi [J] application “Unko Enzan [J]” for educational purpose. This is an arithmetic learning application for the primary-school pupils. However, it has funny characteristic. Poos are featured on all problems. 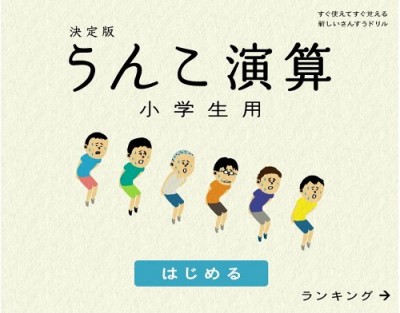 “Unko Enzan” means “Poo Arithmetic” in Japanese.
Can you solve this problem? 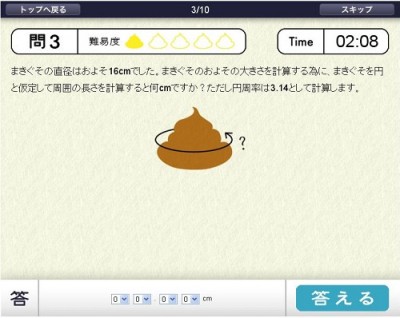 “If a coiled poo has a diameter of 16 cm, how many centimeters is the perimeter of the coiled poo? You may assume the coiled poo is a circle. Pi is 3.14.”
The answer is…….. 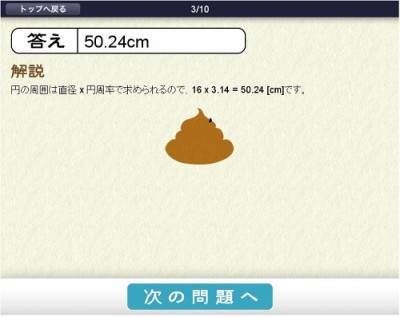 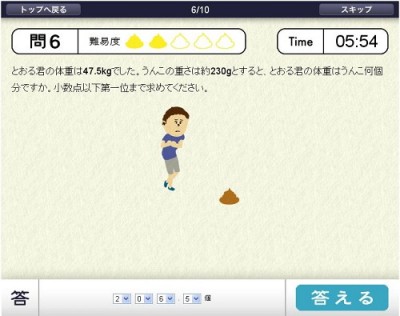 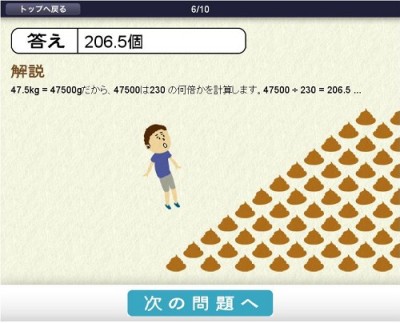 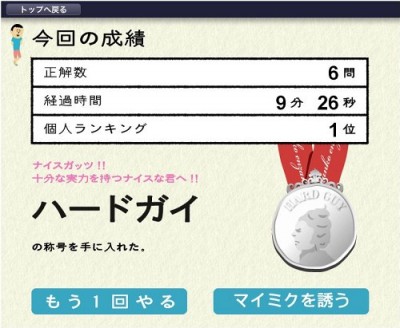 You are asked ten problems. When done, you will be awarded with titles according to the number of correct answers and time. I was able to answer only six problems correctly! Primary-school math is difficult! 😀
According to the KAYAC’s web page [J], they say, “Poo is a magic word for primary-school children. It is an universal motif and will work even 100 years later”.
It was developed as an iPad application at first. However, because of too many poo images being used on it, it was rejected by Apple for its App Store. So, they released on Mixi.
This application only supports Japanese at now. In addition, a Japanese feature phone is necessary to register Mixi. I wish they support multi-languages and make an Android application.