Japanese cellphone is the birthplace of emoji – emoticon as a single letter. Now they are usable outside of Japan on Gmail and iPhone. By Google’s and others effort, October 11, 2010, they were included in the international standard, Unicode version 6.0. So now those pictogram are supposed to be used for communication among anyone using Unicode capable computers.
However, on legacy system, i.e. Japanese cellphone, three carriers adopted emoji separately, left some incompatibilities. A Japanese blogger Nakamura001 verified a case which sometimes had been rumored, musical note emoticon gets unintended conversion to a poop character.
He tested if it really happens, and if so under what situation. The one combination he found was sending single note emoji from Docomo cellphone, 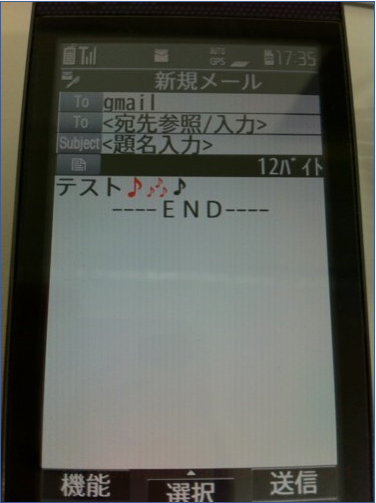 will be converted to poop on Gmail on iPhone, 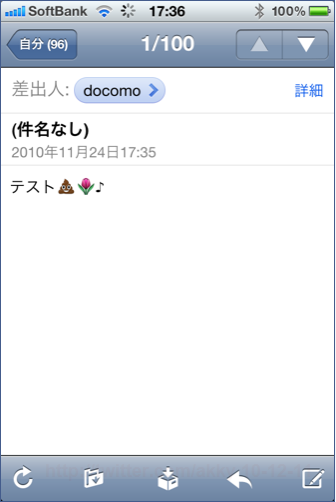 As you see, the second letter, three notes on Docomo, was also changed into a flower letter. The third one, a musical note in regular letter (not a new emoji) stays the same.
Some emoji before Unicode standard is not compatible among carriers, and there are gateways by Softbank Mobile and/or Gmail to take care of converting them, it looks like a mapping bug. 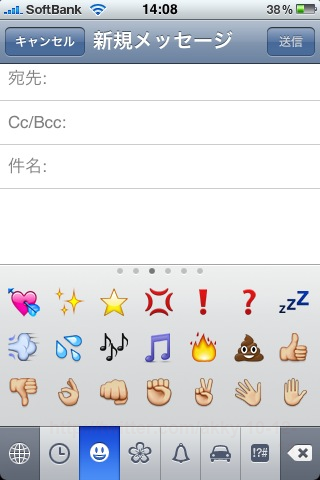 Japanese use musical note letter a lot in casual mail, to show cheeriness emotion. Nakamura001 wrote there could be many bad conversion happened. For example,
“I love you(poop)”
“Thank you(poop)”
“You can do it(poop)”
“Yummy Curry(poop)”