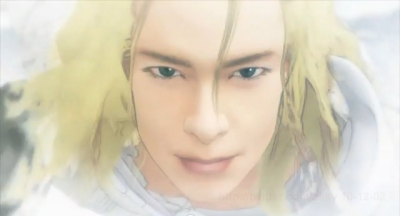 El Shaddai – Ascension of the Metatron – [J] is a Playstation3/Xbox360 action game. The game having the Hebraic name of God is planned to be released in 2011 so at this point there are only an official site and few demo movies.
However, this uncompleted game has been causing huge buzz on Japanese web. Today, Net Buzzword Awards 2010 Grand Prix has been given to “Daijoubuda, Mondainai”(No problem, everything is fine), the most buzzed line from El Shaddai trailer. The trailer has English subtitle so that you may understand what the game itself is (or will be).

This first trailer, which was released at the mega game conference E3 2010, has many points caused “serious mirth” to watchers, such like Enoch (a main character)’s face being indistinct handsomeness, grandly scene settings and phrases but many strangeness (like Rucifer, another character, supposed to be in god’s role, wearing a pair of jeans and carrying disposable vinyl umbrella), etc.
There are no clear reason why this attracted so many people, but mix of those several things hit firstly the video sharing site Nico Nico Douga users, then MAD video editors.
On Nico Nico Douga, the official trailer has been played over 3 million times. Over 2,000 parody videos were made, top 5 of which were viewed over million times each.

Many are re-uploaded to YouTube. I picked up the ones more understandable without Japanese command from the most popular ones.
The one mixed with teddy bear detergent commercial film,

The one mixed with Antonio Inoki, legendary pro-wrestler’s theme, my favorite, 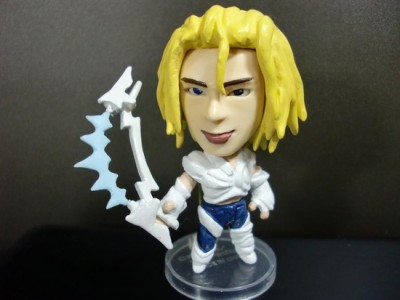 Enoch at the univ. of Tokyo kiosk customer communication board. The shop clerk answered with the line in the game.

El Shadai Talking Calculator – Each key makes the line from El Shaddai.
Self Publish Comic Event For El Shadai – 92 circles joined and sold self-made El Shadai books and comics. (The game has NOT been released. just few demo movies) The attendees lined up, 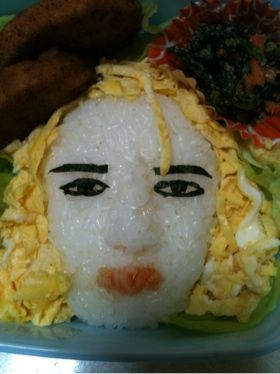 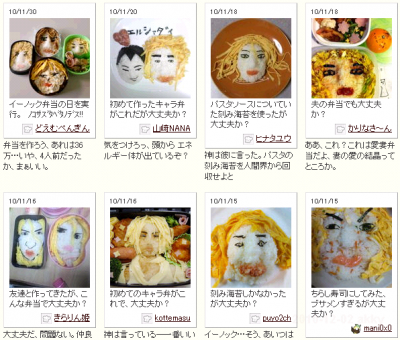 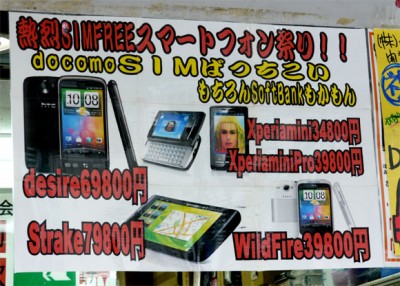 Someone even created the El Shaddai game for Windows, 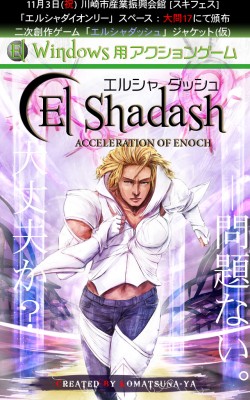 …wait, wasn’t the beginning of this meme a game? Even before the original release, parody game is made and sold.