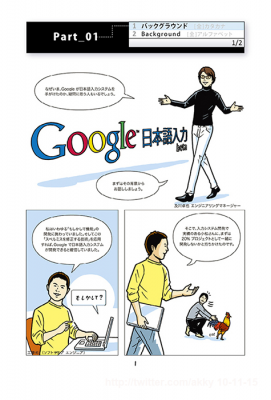 There are 8 chapters and each chapter has the following topic; 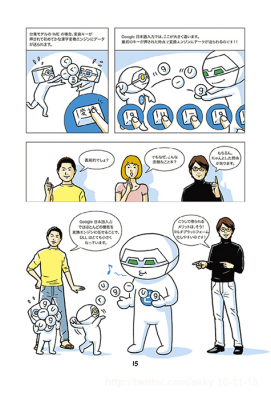 Overall, the comic is for engineers, or at least people who do not dislike technical talk. It often emphasizes that Google Japan does not collect information over the internet to identify which user typed what text.
When Google released a comic to introduce Google Chrome, Google Japan made a different Japanese version with the same cartoonist as this time.
Probably Google Japan thought the original U.S. cartoon would not be accepted well in this comic country, however, this Yutanpo Shirane’s tone and the comic going from left-to-right (opposite direction of most Japanese manga) look not a typical Japanese manga but rather close to American comics for me.