Twitter Japan is finally getting up to speed on how people communicate with their mobile phones in Japan.
Contrary to what people think, SMS does exist in Japan. It’s just not used. It never had a real chance, having been buried by e-mail, which became the standard texting communication channel between users on their keitai.
You see, SMS specifications -drafted when bandwidth constraints were high- allow for 140 bytes, that’s 140 8-bit characters for Latin languages, 160 7-bit characters for English, but only 70 16-bit characters for Japanese input, very limiting. Plus, as e-mail was becoming widely adopted, Japanese carriers never bothered looking into interoperability: you still cannot send an SMS from DoCoMo to KDDI -even if that may change, maybe even at the end of this year.
To palliate for SMS, mobile subscribers get a @docomo.ne.jp, @softbank.ne.jp or, if you’re on an iPhone, a @i.softbank.jp email address which will let you communicate with your network and let service providers contact -or spam- you.
No MMS adoption nightmare. Media-rich out of the box.
Back to Twitter. In the USA and a few other countries in the world, Twitter can be linked with SMS. It means you can get selected updates from accounts you follow pushed to you via text.
You see the issue in Japan. No SMS, no notification.
So, earlier this week, Twitter Japan released a new feature specially built for Japan: e-mail notifications.
To activate the service, one can go to the mobile-ready (and Japan-specific) page twtr.jp, go to settings and add the mobile email where the updates will be pushed to.
This also works from the web interface. If you access it from an international interface, you’ll realize that twitter.com/devices lacks Japan as an option. 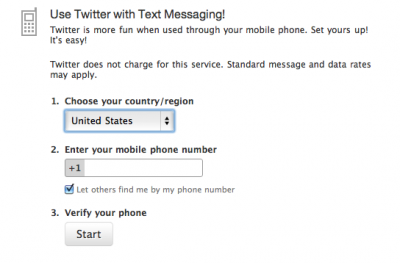 Now, access the same menu from the Japanese interface and you’ll see the email notifications. 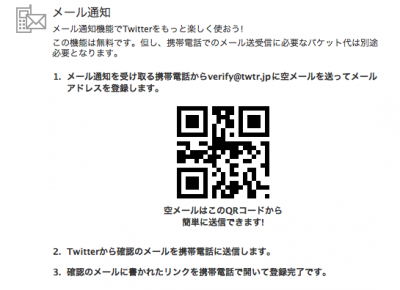 After the email validation is done, Twitter kindly offers you time limits, so it won’t disturb your sleep. 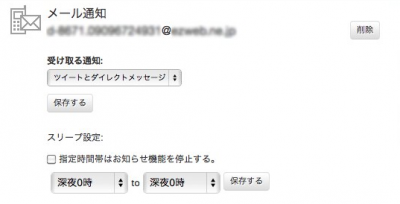