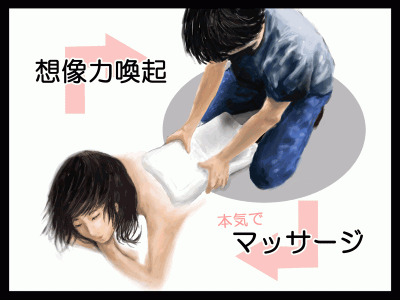 The system uses an Wii Barance Board, input device of Nintendo’s game console Wii, as a back of human body. The researcher’s page says,

Recently, most dating simulation games are just “turning on tasks” of opposite sex characters unilaterally.
It causes decreasing of game market from a long distance view, if players learn “love process” through such a game model because it is far from a real loves.
Our project is focusing to this issue, but without any sexual portrayals.
We are realizing physical communication of lovers in our game, especially, we have implemented “service-minded” concepts.

The name LovePress++ is an obvious parody of a popular virtual dating game sequel LovePlus+, and follows the pattern to let you choose one from three virtual girls. 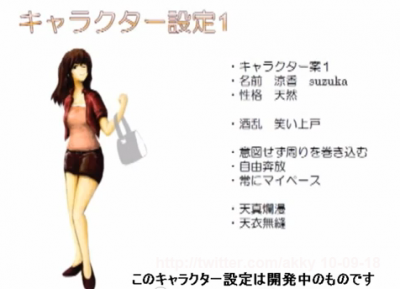 In this movie, they explain that you may also set your best girl’s voice.

Selected your truelove has several character in the beginning. She may invite you as “Ah hah, come here…” or she will told you “Non, I believe you are gentle.”, “Stop! Where are you touching?”