Last summer, Beijing-based social games maker Rekoo launched “Sunshine Ranch” on Japan’s biggest social network, Mixi, and caused a sensation (with 5.1 million users today, it has basically become Japan’s “Farmville”). After Sunshine Ranch, Rekoo capitalized on the success by releasing a number of other simulations on Mixi and other platforms (just like Zynga did on Facebook).
But now the company is shifting gears. It closed a deal with Japan’s second biggest mobile carrier, KDDI, under which a social game called Sunshine Kingdom will be distributed with a pretty interesting built-in social hook: how can you leverage those social/viral, low-cost distribution channels without integrating your games into social networks (and having to pay fees to providers)?
Rekoo and KDDI say the answer lies in the “social graph” in one’s personal cell phone address book. When you play the game, you’ll be able to invite KDDI subscribers by selecting names in your phone’s address book (personal contacts on other carriers can be invited as well). It will also be possible to easily spot players who are already active by browsing through the address book. 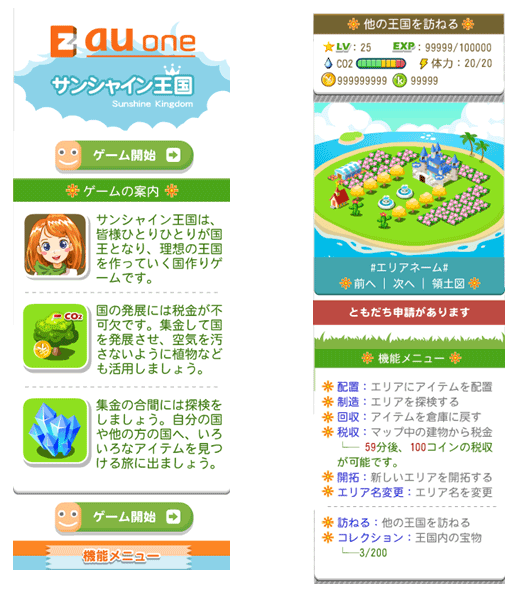 Sunshine Kingdom will be launched as a Japanese cross-carrier title on October 14th. The plan is to transform the title into a cross-device (PC, Android) and cross-border (Japan, China, USA) game after that. Not too surprisingly, the free game will be monetized through virtual item sales.
Rekoo was founded in 2007 and has offices in Beijing and Tokyo. In December last year, Japanese VC firm Infinity Venture Partners invested $1.5 million in the company.