Facebook, which opened a Tokyo office back in February this year, has just pushed out the long-awaited “optimized” version for Japanese “feature phones”. Well, kind of, as the company itself isn’t too sure about the result and is quite cautious in the wording of the announcement (see screenshot below).

The site can be accessed through http://m.facebook.com.
Facebook has been growing nicely in Japan in recent months, and this special Japanese cell phone site can only help accelerate that growth. According to Facebakers, which releases stats based on Facebook’s advertising tool, big F currently has 1.2 million users in Japan (Mixi, the country’s leading social network, has 20 million members).
[Update] Some screenshots.
Top page 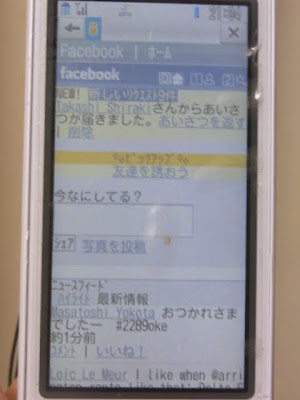 The navigation menu at the bottom now has Japanese emoji characters. 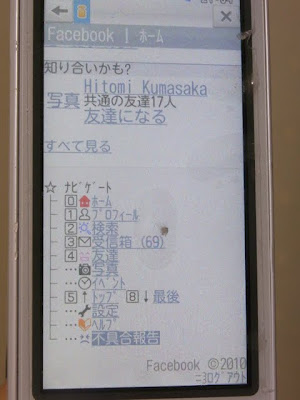 The feedback forms are not fully translated yet. 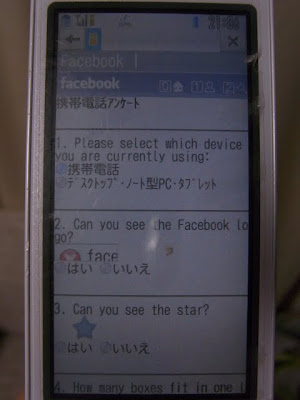 The “What type of phone do you have?” question is still in English. The list of cell phone makers does not include major Japanese vendors such as Sharp, Toshiba, Fujitsu, NEC (only Sony-Ericsson, Apple, RIM, HTC and LG). Instead, Facebook currently offers brands like Nokia, Samsung, Motorola, which don’t play a role in Japan. So this feedback form has to be seen as work in progress. 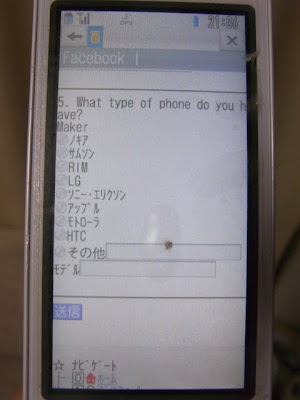