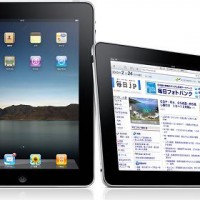 Although Apple’s digital publishing service iBookstore on iPad has been doing well in US, like other countries it is not really ready for Japanese iPad users. It is considered to take time to realize as local publishers are more conservative to collaborate.
Sotftbank’s 100% subsidiary Viewn [J], which had been introduced by CEO Masayoshi Son, launched today on June 1st, is expected to fill in the hole for users’ demand for reading texts on new iPad in Japan.
Son announced that Viewn offers a package of 31 popular Japanese magazines for iPad in flat rate $5.00 per month [J]. The subscription fee looks like set by size of screens on Softbank Mobile cellphones. 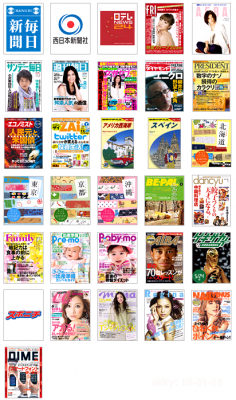 iPad app can be downloaded from this page if your iTunes Store’s country is Japan.

However, people rushed at the service launch, 0 a.m. June 1st, saw the iPad/iPhone app never comes back to show magazine covers for an hour.

Son tweeted that they are installing 10 times more servers [J] to solve the issue. Then gave up and Viewn announced temporal pause of service [J].

Also, few lucky users who could read into each magazines “table of contents” found that not all pages are available on the package. A popular tech blogger Tsuruaki Yukawa took Weekly Diamond’s toc as sample and tells it provides only part 1 and 2 out of 5 sections feature story [J].
He showed disappointment that the service is kind of “sample” to be guided for their original paper version. Majority seem to agree it and the initial explanation was exaggerated. 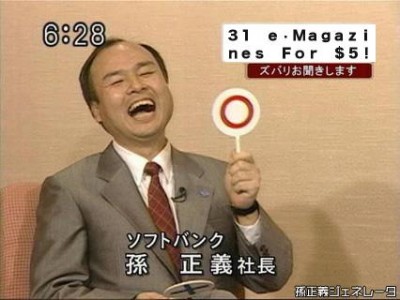 Viewn’s FAQ on website [J] says “On most magazines, main articles will be delivered step-by-step from paper one’s publish date”, “You may browse magazines in the same layout as original. How much you can read are varied on each magazine”.
On Japanese websphere, there are also another users’ voice that this is kind of new challenge so user should not bash Viewn and support publishers will allow more contents online.