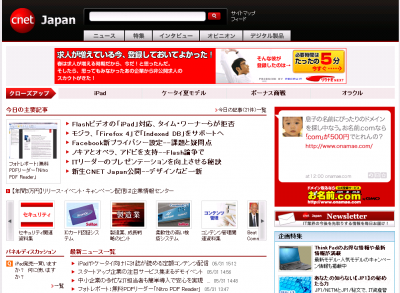 On May 31th, Cnet Japan [J], run by Asahi Interactive, a subsidiary of Asahi Shimbun [J], a Japanese online tech media licensed by US Cnet, has changed its design to an original US Cnet like black-banner from long lasted yellow based one. Also added twitter retweet assistant function.