Docomo Community was designed to let you share photos, notes and diary with your family and friends for free, driven by cellphone but also accessible from PC. 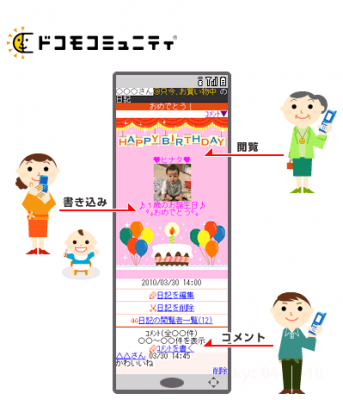 Although it is a free service by the market dominating NTT Docomo, the latest number of registered member we heard is 100 thousands on last July. 100 thousands is pretty small when you compare it with over 10 million Mixi, Gree and Mobage-Town.
This month, Docomo announced that they open the social networking service to cellphone users on another cellphone network, KDDI au and Softbank Mobile. Now most of Japanese cellphone users can join the networking and socialize online on there.