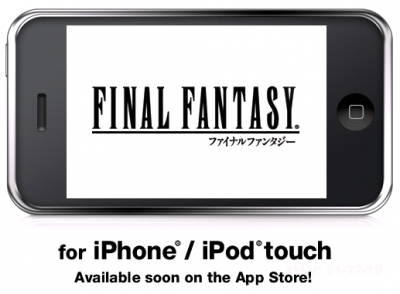 So Final Fantasy I, II and now IV are all playable on most of Japanese cellphone. Now Square Enix is targeting growing smart phone iPhone to cover 99% of cellphones in Japan. But this also means they are to sell the game not only isolated Japanese cellphone market but also to the world.