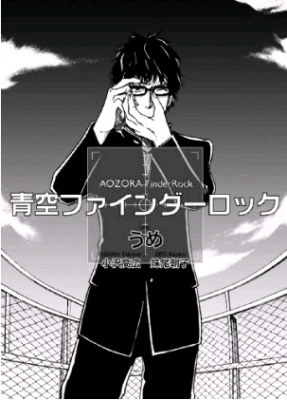 Although Amazon Kindle is possible to order from Japan, Kindle and its backend do not support Japanese font well yet. Support for Japanese publishers in Japanese are not prepared, too.
So, most Japanese people who currently own Kindle are gadget fans, English-savvy or for research purpose.
And some people see potential on the device and the platform. There are some self publishers put their Japanese novels as image files. If it has to be image for Japanese, maybe image contents are more familiar. Monochrome image contents popular for Japanese is… yes, manga cartoon.
Ume, a cartoonist unit of OZAWA Takahiro and SEO Asako [J], known by “Giga-Tokyo Toybox series”, experimentally published their short manga “Aozora Finder Rock“, which probably is the first Japanese manga in Japanese for Japanese readers on Kindle Store for $2.99.
It is pity that it costs $4.99 from Japan because of additional $2.00 for international users. If Amazon will start same level support in Japanese market, Kindle could be a good challenger against paid digital manga on Japanese cellphones.