In prior to the third start-up, he founded the popular web portal ChinaRen[C] for the younger generation in China, and succeeded to sell it to one of China’s best known portal Sohu (搜狐) in 2000.   After that, he launched a mobile content provider KongZhong (空中网) [C] and got it listed at NASDAQ in 2007. 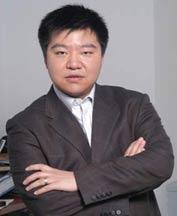 Wukong’s idea was born in the process of developing ChinaRen, but we gave up to launch it and kept concentrating on adding new features to Chinaren including online alumni address book which makes the users easier to communicate with their ex-classmates.    Baidu[C] was still at early stage at that time, and no one knew what Baidu was.   I’ve never mentioned Wukong, this is the first time to talk about it.
Social network services and the Internet search will be two important keys for users to get information they want.   The mobile search service is entering the era of the personalization.  For the time being, Wukong focuses on providing young people with the mobile search, and will launch its PC edition next July.

In the interview with Mr. Yang, he unveiled the company was scheduled to fundraise a lot in the end of this year, but he pushed it back to the beginning of next year to get in time with the service launch.
In competing with other Chinese search services such as Google China[C] and Baidu, he believes Wukong Search will make good results since the mobile search market is still immature in the country.
Via: NetEase, Tech News Section [C]