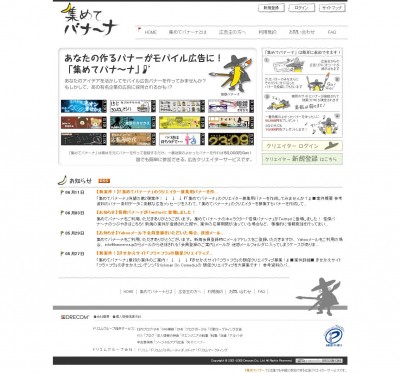 A banana-shaped character is used as a mascot for the service. Advertisers post themes for banners, then public users create banners and register them to the service. Posted banners will be published to measure the advertising effectiveness and the best effective banner will be chosen as  an official banner to be used widely. The creator of last winning banner will be awarded 50000 yen ( about $500).
This service is only limited for mobile, but there is also a similar service released by Recruit[E] former to this one. A service named C-team, is a crowd sourcing service for advertisement design for banners. Users who posted highly effective banners will be rewarded by cashable points. This service is not limited for mobile websites, differ to Atsumete Banner-na. 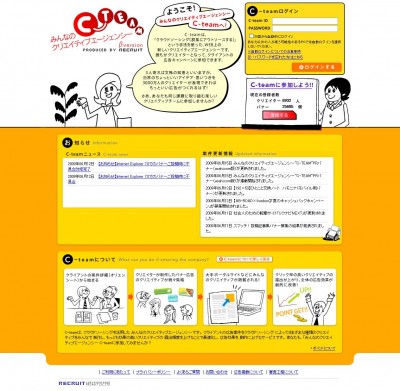 Drecom is gaining quite a good benefits from J-Ken[J], a ringtone download service selling ringtones made by public users.  There is also a prosperous service to crowd source ad movies, filmo, operated by Enigmo[E].
Japan is a country known by many talented creative amateurs so these kind of ad services for crowd souring might increase further.