In South Korea, where many crimes and suicide cases have been caused by slanderous messages posted on social websites, the country’s telecommunication authority has deployed an act which obligates the Internet user to publish his/her real name when uploading a video or leaving a comment on large social networking sites.
The authority expanded its scope of application on April 1st, YouTube Korea[K] was also added as one of the websites to which the act should be applied.
After discussing with Google World Headquarters, Google Korea[K] refused the authority’s request on the grounds that anonymity is essential to guarantee freedom of expression on YouTube, and the company disabled any video uploading and commenting instead. 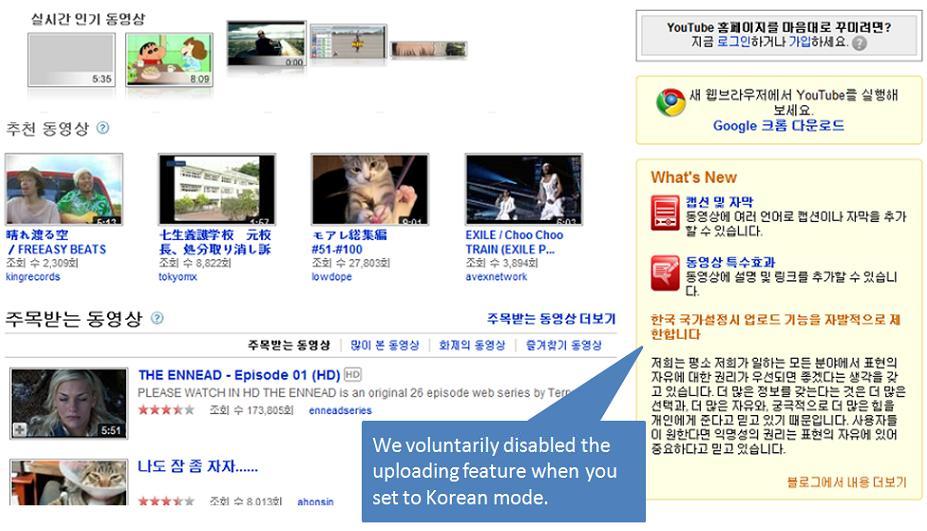