Due to the technical fault that occurred Monday at the weather data distribution center of  Japan’s meteorological agency, most of weather updates have been suspended nationwide throughout the day. 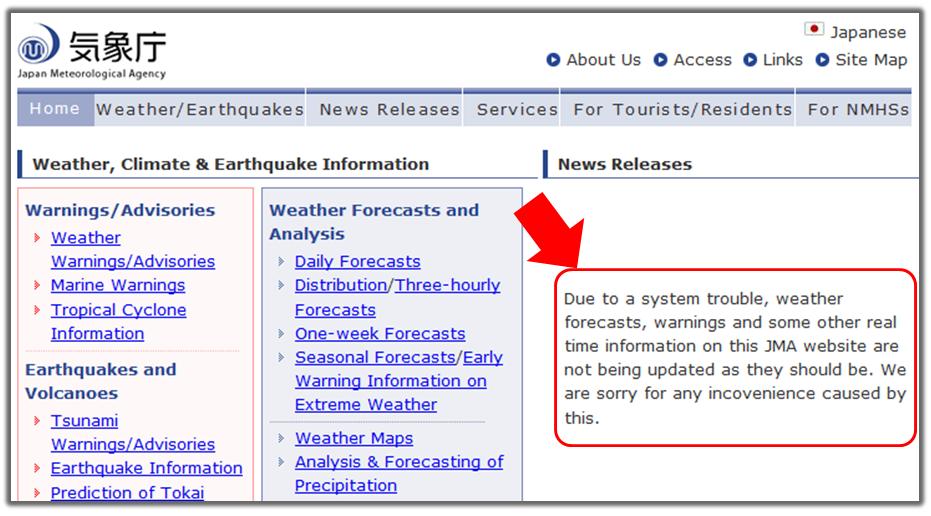 The center has its primary system as well as the stand-by to avoid the service interruption, but the configuration file referred by both systems was corrupted accidentally, which caused the country’s weather service outage for more than 17 hours.
More than 60 organisations including weather news broadcasters and popular portal sites use the center’s data to bring weather maps and precipitation forecasts to their audiences and users, and they were forced to manually enter the data that had been faxed from the center during its suspension.
Earthquake Early Warning (EEW) is reportedly not affected by this fault.   EEW started its service in October 2007, and it is a new system that issues prompt alerts just as an earthquake starts, providing valuable seconds for people to protect themselves before strong tremors arrive.