On Wednesday, Osaka-based start-up and iPhone developer Feedtailor[J] introduced a new iPhone app (clicking this link will launch iTunes), which allows you to see a map of street crimes in Osaka for the purpose of raising people’s attention and preventing further possible crimes. 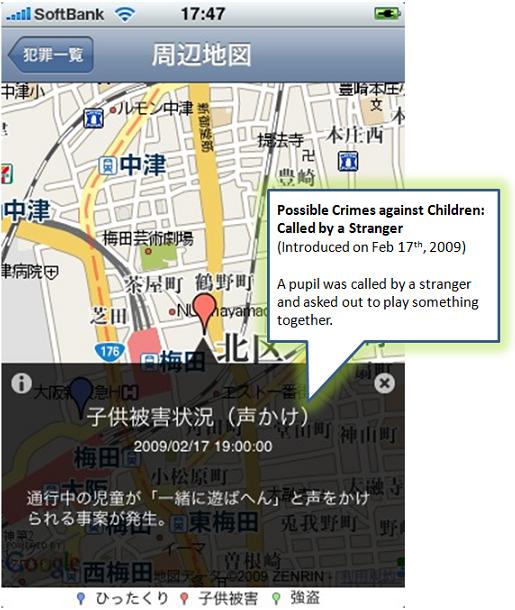 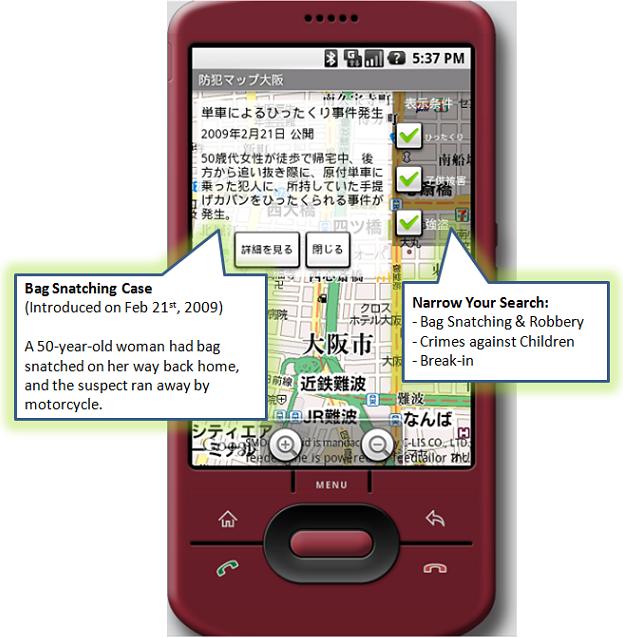 Based on information collected from the local city police, the Osaka Prefectural Police Deparment[J] transmits e-mail alerts to local citizens for crime prevention. By mashing the text alerts with Google Maps, the two cellphone app inventors have succeeded in making it possible to see crimes on the map at a glance.
Japan’s police system is operated by each prefectural government. As for regions other than Osaka, some prefectural police have a different ways to transmit alerts to the local citizens, but others have none. If the national police agency had defined a protocol to transmit alerts and brought the prefectural police nationwide online, we would be able to see crime information for all of Japan.
Osaka is known for its high crime rate, and this must be one of the triggers that the two apps were born in that region.
(Proofread by: Sean O’Hagan)