Google Japan seems desperate in chasing the Mighty Yahoo! (see here for example). They are now using a tainted and controversial social media optimization method called pay-per-post, provided by CyberBuzz.
Recently, Google Japan announced a top-page redesign on their official blog, in which they added a “Google Kyuujyoushou Waado (Hot Keywords)” feature. This addition displays the 5 most searched-for keywords in the previous 24 hours. Google Japan planned the new feature to help with their tough search-share fight against nemesis Yahoo! Japan. 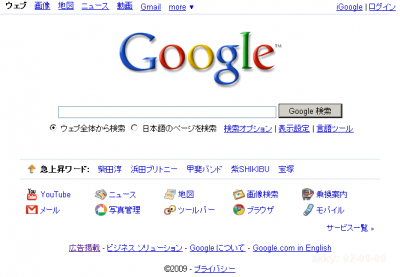 In the screenshot above, just below the search box section, 5 keywords are listed with links to their respective Google searches.
At the same time, there are a number of blog entries on Google’s blog widget (called “blog parts” in Japanese) reviewing this “Hot Keywords” feature, all of them strangely resembling each other.
When you search for “Google Hot Keywords Ranking” + “Blog Widget” + “CyberBuzz” in Japanese on Google Blog Search, you will see over 30 posts by bloggers writing about this new service, saying things like “I’m a part of the CyberBuzz campaign” or “You can earn some money by writing interesting stories provided by CyberBuzz”. (e.g. 1, 2, 3, 4) 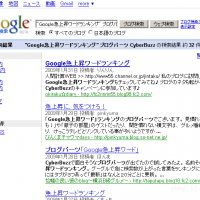 So Google Blog Search, which has been spammed for so long, is now spamming itself in Japan.
I have translated part of a random entry as an example:

The Google Hot Keywords blog widget [link to Google’s page] can show you what is in fashion now, and what other people are interested in.
It’s appealing that you can view buzzwords from the previous day or the previous week. I am sometimes surprised to see that such words are so popular! Personally, I like the “fortune-teller” feature from the previous week’s ranking. When I click on a keyword, I am quickly taken to Google’s result page and so I enjoy the feature.
I might not have noticed them by myself, but now I understand that these things are what people care about.
I am participating in CyberBuzz’s campaign.

CyberBuzz is one of the biggest pay-per-post agencies in Japan and are known for their high payouts. (Some blog posts fetch $100 for a single entry.)
So they are now link-building using monetary incentives to try to crook their own search results in a malicious way. I think this is a waste of money and only tarnishes their reputation for fairness.
Google Japan also does business with notorious news-clipping site Gigazine, and has been running a few ad campaigns which include special customized banners. There are many article-like advertisements on the site.
These articles, which look almost the same as regular ones, have “ad” tags (“広告” in Japanese) at bottom, which are very subtle, and will no doubt not be noticed by many readers. You can see for yourself by clicking the screenshot below, and reading the (poor) explanation at the bottom of the article that the entry is in fact an advertisement. 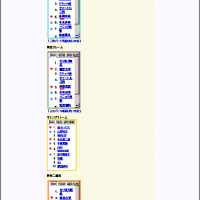