Tokyo-based ISP and web-hosting provider, Kai Creates Inc. (its services website is called “Linkclub“), recently changed its service rates without notifying its customers. A large number of customer complaints have been reported to several consumer authorities, some sources report.
Kai is famous as a time-honored Internet venture, it started business in 1990 before the dawn of Internet era in Japan.
Unlike in the U.S. and the rest of the world, most Japanese Internet users are forced to pay their bills by way of recurring credit card charges, because service providers prefer this method (which rarely fails to collect monthly dues).   Once your credit card number is received upon sign-up, the service provider no longer requires your approval to charge your card each month.   If you don’t like using credit cards, you can instead choose automatic bank drafts as your method of payment.   Once you submit the signed or sealed (ie. with a Japanese seal or hanko registered to your bank) acceptance form, the bank pays your service provider without asking you (the account holder) to confirm the amount to be paid each month.
Kai’s customers are reportedly complaining about a raise in price of monthly usage fees, and irregular withdrawals of 10,000 yen (approx. USD 110) from some customers’ bank accounts without notice.
Kai says on its website that it is forced to change monthly usage fees from 3,900 yen to 5,700 yen (a 46 percent increase) to facilitate additional hardware to meet newly-introduced international security standards.   The number of customers who have been hit by the 10,000 yen (USD 110) withdrawal has reached more than 20,000.
Japan’s Ministry of Internal Affairs and Communications has already started an investigation to find out whether Kai violated the telecommunication business law.
Kai’s note about unscheduled and additional charges on its website [J]: 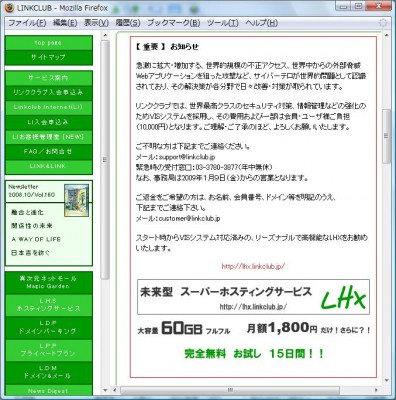 Correction: This story incorrectly reported that Kai changed its monthly usage fees from 1,800yen to 5,700 yen. However, we have learned that 1,800 yen is actually the difference between the original price and the new one.