The package will come with two cyber-cubes and two cyber-sticks. You set up your webcam, and by putting the cyber-cube on your desk, a cyber-maid is displayed on top of the cube on your PC screen. 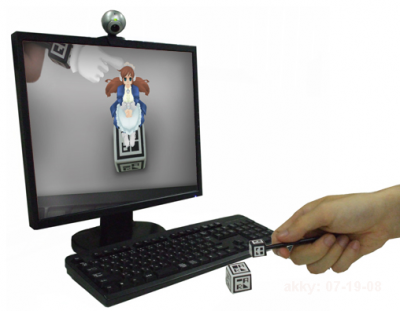 By maneuvering the cyber-stick around the cube, you can peep, touch, and make her clothes change virtually. The picture below only shows the concept. In reality, the cyber-maid can only be seen on the PC. 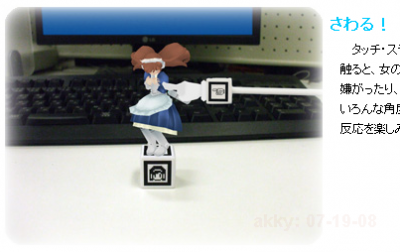 In my opinion, this product looks to be on the same track as the game Eye of Judgement, demo-ed and sold by Sony for Playstation3, in which players can see CG monsters appear over their real cards through a webcam, though Sony’s product is less creepy. 🙂