We found it. Anyone can switch your twitter to Japanese menu (and advertising!) from [Settings]->[Account tab]->[Language drop down]-[Japanese]. Or if your browser’s language settings precedes Japanese, you will see Japanese interface on twitter.com
Here you are, 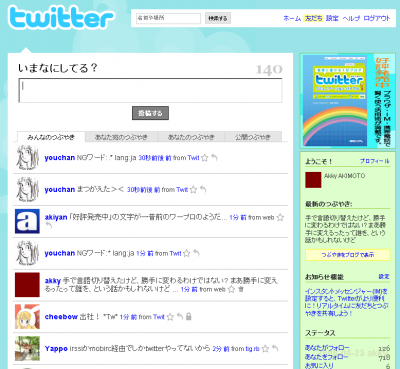 At top of the sidebar, you can see an ad box, which is planned to be backported to English version.
The JP domain – twitter.jp -, which we expected a Japanese version, is merely forwarding to twitter.com . Whether it is owned by twitter or not is unknown. (confirmed that twitter Inc. owns twitter.jp [J])
Top page before login also can be switched to Japanese, 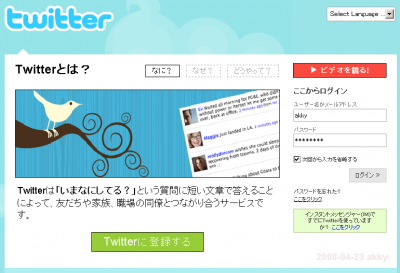 What kind of ads?

Toyota’s ad takes you to the page which encourages you to follow their portal Gazoo.com.