This month’s Tokyo2point0 event drew a huge crowd this week on Tuesday. Again, two presentations were held between and before networking sessions.

My friend Aki Ohashi from ngi capital, the investment arm of ngi group (an investor in and operator of -mostly Asian- Tech companies) spoke about the current state of affairs in Japan’s venture capital industry.
Aki and his 8 colleagues are investing in a whopping 60 companies at the moment. NGI capital is predominantly active in early phase and seed financing. The flagship investment is mixi, Japan’s uber social network which is valued at approximately two billion USD. 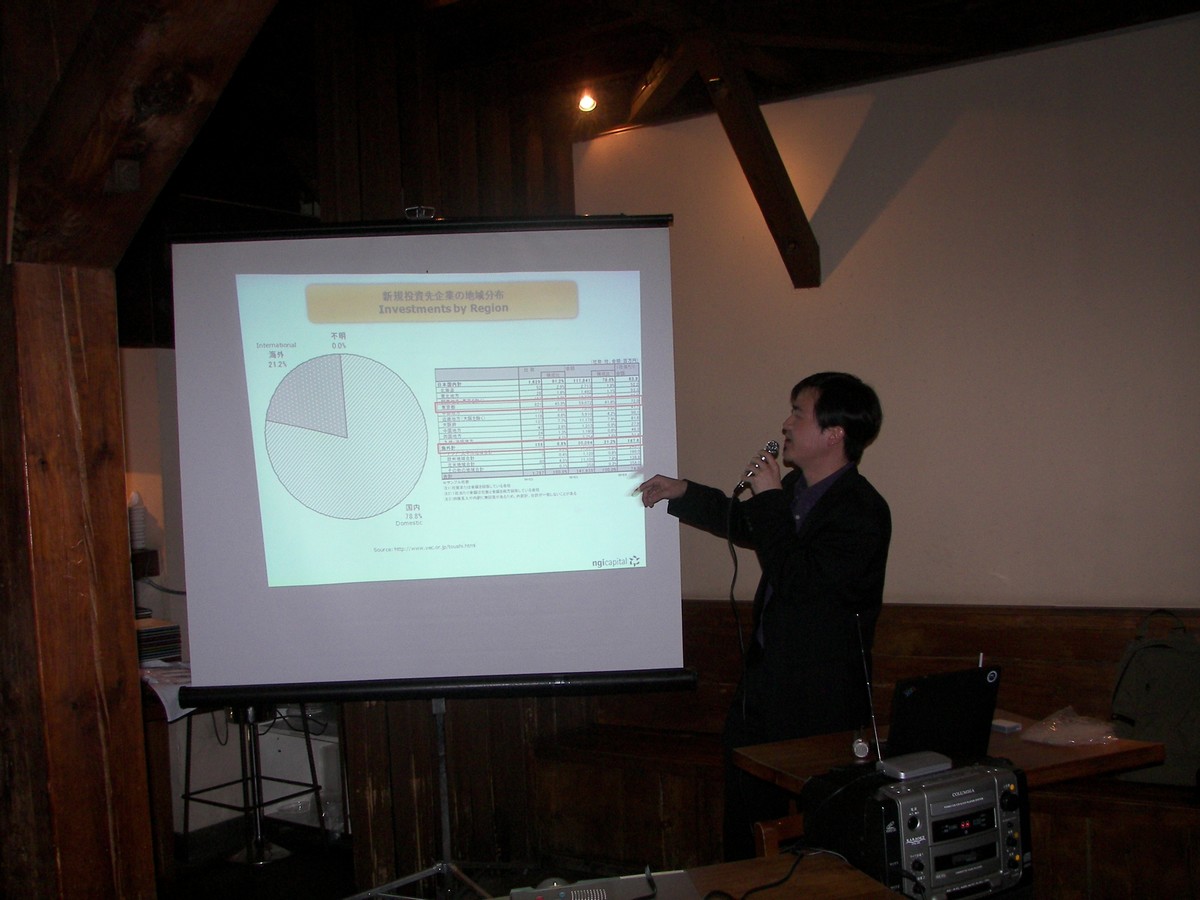 According to the presenter, early stage investments are shrinking in size and quantity at the moment as far as the Japanese VC industry as a whole is concerned. Aki evaluated this general trend as the market getting more conservative in an unstable economic environment.
I found it interesting that ngi capital as a genuine Japanese VC firm basically values the same factors when it comes to assessing a candidate company for investment as Western ones: human resources (background of the team), technology (differentiation and IP) and market potential. Also, Aki said personal introductions or connections within ngi capital’s network are most efficient when it comes to opening doors for startups. Again, the same is true for Western VCs. In sharp contrast to the USA however, Aki commented that in Japan NDA are used frequently during the following screening process.
As to why startups should cooperate with VCs, he listed the following main factors:
– outside validation
– assistance with business plan
– assistance with recruitment
– introductions to partners, other VCs, potential new clients etc.
In ngi capital’s philosophy, a good pitch from a startup should be centered on a good “overall story”. Aki said this point almost outshadows other elements such as the solution the candidate company provides, its competitive advantage or proprietary technologies.
As a person with a business background, I found this presentation particularly insightful and interesting!

Robert Cawte, Kiwi and fellow IT-blogger, delivered a presentation on a multi-level blogging and Ecommerce platform. Robert became CTO of the producer of the platform, Kojimachi-based web startup eSynapse, just one week ago and had to prepare his appearance at the event on short notice. 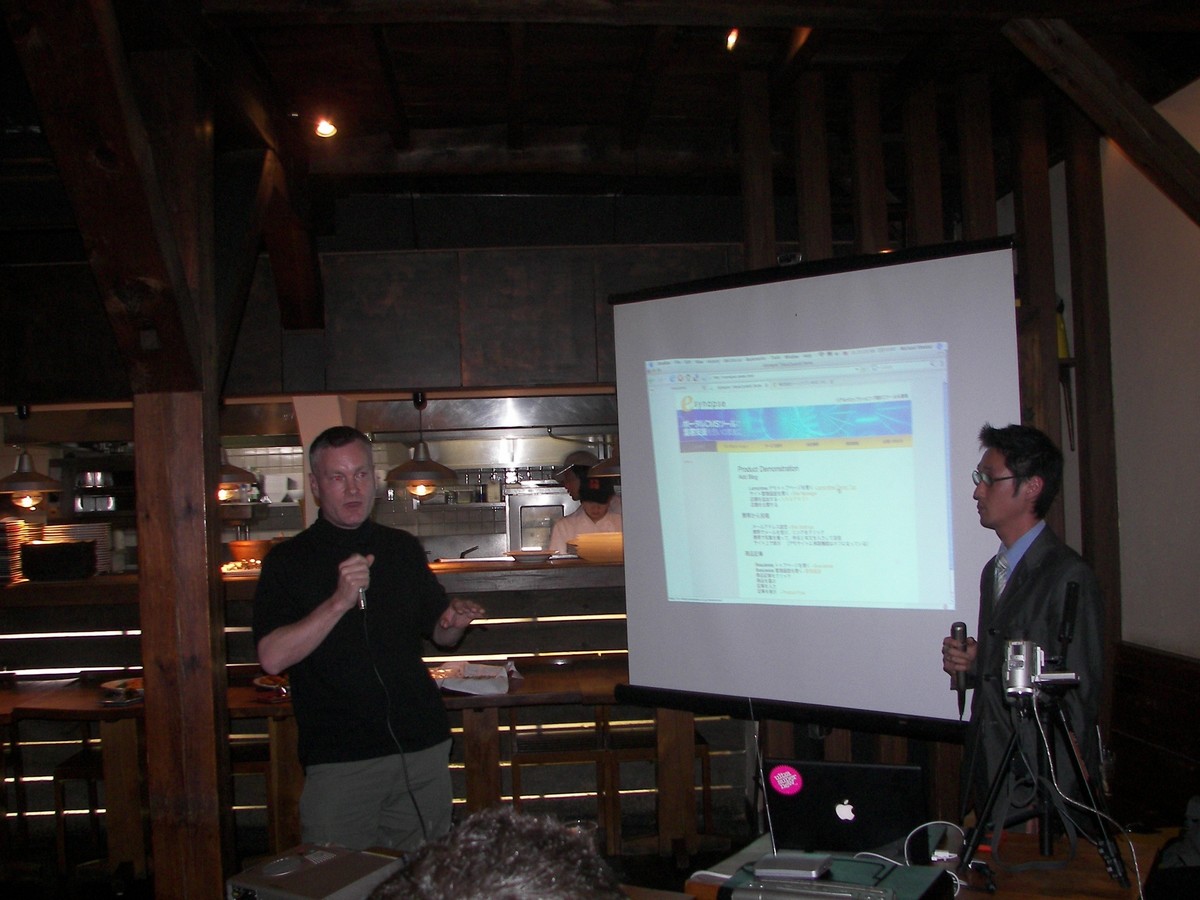 The service explained -which is called LIMS (Live Information Management System)- is eSynapse’s flagship product. In essence, LIMS is a commercial blog platform with integrated ecommerce functions and a mobile phone interface.
Click here for an actual site which was built using eSynapse’s technology.
As Robert decided to go for a “live” and hands-on presentation, it is recommended you watch the corresponding video (part 1 (starting at the 12:00 mark), part 2, part 3 – made by mover and shaker Andrew Shuttleworth, the event’s main organizer).
More info about the event and network can be found on the official Tokyo2point0 site, the Facebook group or on Mixi.