On Friday, the first cross-cultural party for IT and web engineers was held in Pasona Tech’s office in Shibuya. Pasona Tech’s parent company, Pasona Group is a large staffing and recruitment company with over 3,000 employees. They are also present in the USA.
The event was well attended with approximately 50 people showing up (Japanese and foreigners mixed). 2,000 Yen were charged as entrance fee. Tomoyuki Sakurai from OpenBSD Support Japan did a great job as the MC.
The party was mainly focused on two presentations followed by a networking session. Sakurai’s whole idea is do hold the event quarterly as a platform for face-to-face communication between Japanese and non-Japanese engineers. 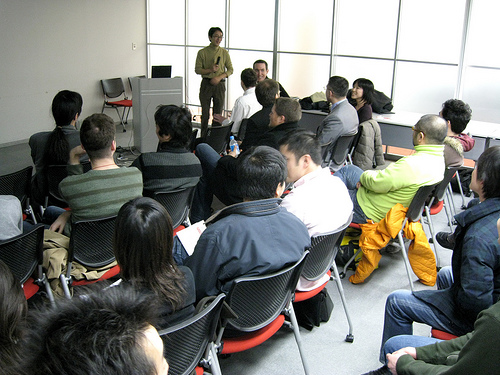 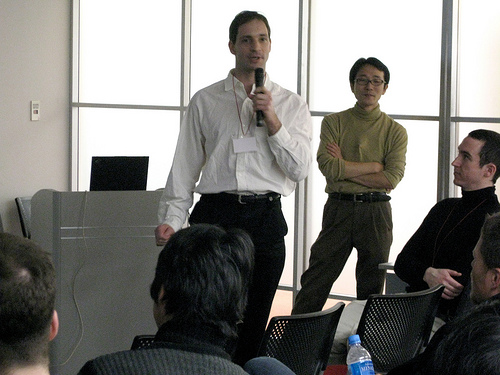 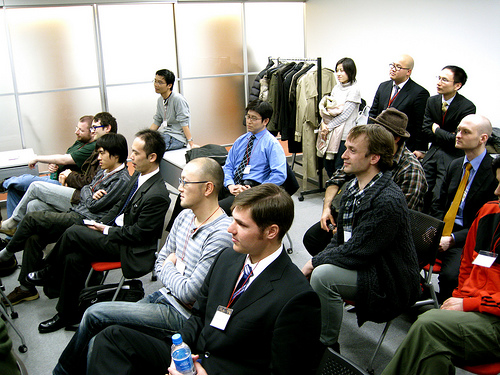 Ryan McBride delivered a presentation on how OpenBSD, the project he is working full-time for, tries to ease users’ lives by offering a simple yet efficient Unix-like operating system.
According to Ryan, OpenBSD’s main target is simplicity which can be achieved through “thoughtful reduction”. For example, options should be optional in order to avoid bloated programs. Moreover, OpenBSD is based on the idea that simple code leads to more security since more code means more bugs and is harder to test.

Travis Cardwell talked about a subject which is of interest to many IT and web engineers living in Japan, especially the foreigners among them: locale selection on web sites. Producing multilingual and/or multinational web applications means dealing with a number of problems: different languages, dates, currencies, fonts etc.
Travis -who is a software developer himself- talked on how developers can overcome such obstacles. He referred to “historic solutions” like language selection screens appearing before access to a certain sites as one example. Another solution is to produce two separated sites (i.e. English/Japanese). The approach from Tokyo’s Keio University was mentioned as an example.
In Travis’ view, web applications of this kind need more control of the process. He dedicated the majority of his presentation on how to select the optimal locale as a function of the following:

According to Travis, it is very important to take into consideration the valid locales within the application. Also the requested locale should be determined outside of the framework, as not everybody wants to query for cookies, etc.
The event was closed by a short panel discussion and free talk after the presentations summarized above. As always, I found the networking part was highly valuable since this is the occasion on which Japanese and non-Japanese professionals can mix and converse about the most diverse topics.