Japanese social network Mixi announced that it adds experimentally double accounts feature on its browser versions both on PC and smartphone. Smartphone app version will follow and the feature is planned to be official around March, and may be switchable without re-log-in.
Mixi says that the feature has been requested from users, who want to make communications secretly on their hobby communities, dating, etc. 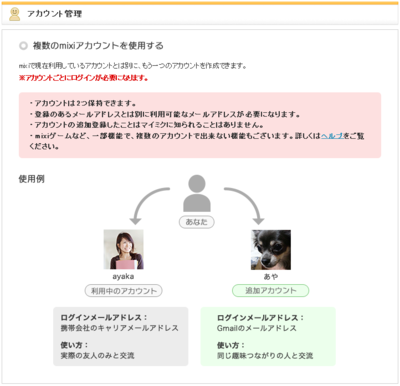 Different from Western countries where most people are using the single social network, Japanese net users have been using multiple networks by their different community, colleague, alumni, family, etc. That made several social networks which gained around 25% population but none of them could not add up more, except the latest mover LINE.

Latest posts by admin (see all)