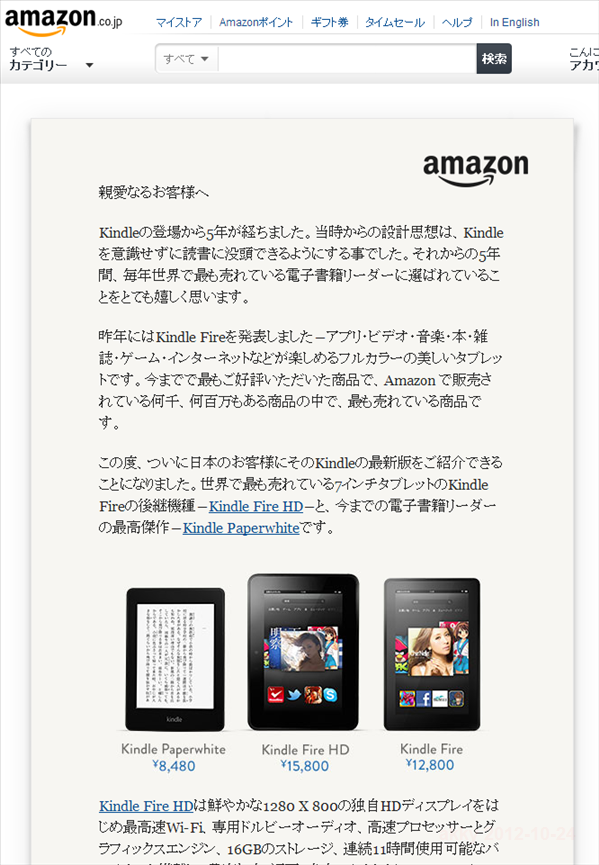 The most important part for Japanese user, Kindle Bookstore itself will be opened tomorrow, on October 25.
The initial number of Japanese e-books is over 50,000, including 10,000+ free books from Aozora-bunko, Japanese version of the Project Gutenberg. 50,000 is better than Rakuten Kobo, but not may as Japanese top players who are offering 60,000-400,000. Over 1.4 million foreign books are also available but that won’t appeal much for regular Japanese readers.

Amazon Android Appstore is “being planned” at this point. Amazon Japan tells that popular titles such like Nikkei’s digital version, Final Fantasy III and Puzzle and Dragons will be available.

Amazon Japan gave a forehand notice “Coming Soon” on June 26. In September, Kindle Japan Store page was leaked though without Japanese books. Amazon’s English release seems to have several Japanese major publisher names, however, in Japanese message, their names are not displayed.