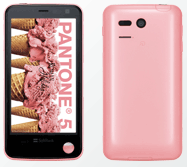 Softbank announced today(May 29) that they would ship Pantone 5(107SH) the world’s first smartphone with radiation measure feature in July.
By this Sharp’s made Android 4.0 smartphone, you may measure gamma rays in the 0.05μSv/h to 9.99μSv/h range just by pressing the dedicated button for long. You may let it measure periodically and plot the history on map.
After the Eastern Japan Disasters on March 11, 2011, leaked radioactive from the damaged Fukushima nuclear power plants has been worried a lot, and home-use radiation counters are subject to increase demand.
As always as a Japanese phone, it has one-seg TV, wireless-touch e-wallet(Osaifu ketai), bluetooth and infra-red communication, emergency alert and waterproof (PX5／IPX7) feature.
The cellphone also comes with 8 colour variations.
[Update] It’s not “geiger counter” as some major English tech blogs describes, it is said to use a silicon sensor.
Home radiation counters have been causing lots of false rumors by inaccurate usage and wrong interpretations of measured numbers among risk-averse Japanese, who do not believe any measurement provided by government organizations.
There is a background that Softbank CEO Masayoshi Son is showing strong interest in entering alternative energy business. He insists government should subsidize solar power generation business a lot more, which is being discussed now and the suggested aided-price is criticized too high by some people. Softbank said to Nikkei that this function is implemented by Son’s own decision as he received a lot of requests to his Twitter account.