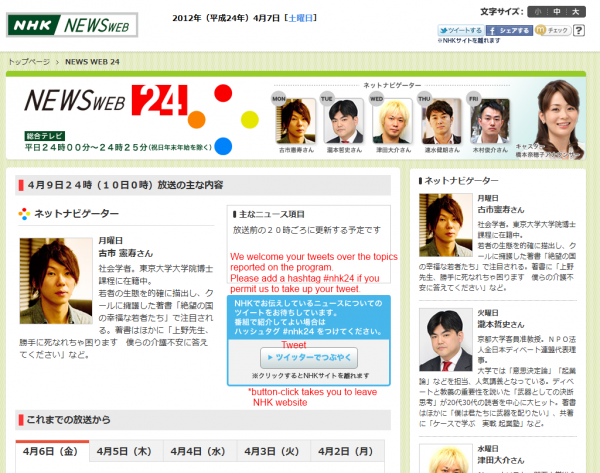 # The 24 in “News Web 24” means 24 o’clock, means 00:00, which is often used in Japan to point hours after midnight when you think it belongs to the day before, especially on TV and bars/restaurants.
The 25 minutes news program on Monday to Friday features 5 commentators rising around Japanese web scene, like freelance journalist Daisuke Tsuda and writer Kenrou Hayamizu.
The program shows watchers’ feedback from hash-tagged tweets, overlay-ed. According to 2-channel, NHK watchers’ board, the first day’s show once displayed “Tweet on TV is disturbing” by @yanpscoop (image below). 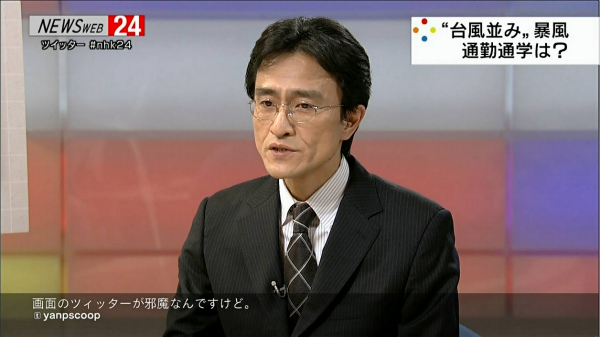 Although net-savvies like 2-channel users chucked off this attempt as senior-citizen’s friend NHK playing down to younger watchers, their picking up this tweet is interesting and good. I can not think NHK is streaming all raw tweets with the hashtag, of course they must be manually filtering which tweets they put on.