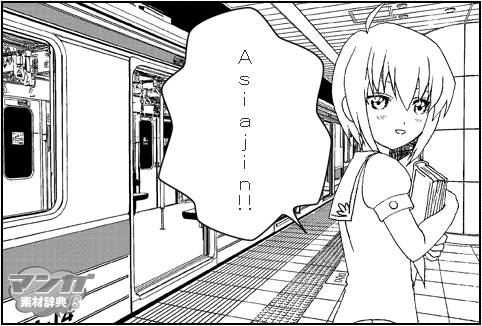 Mangajet [J] is a new Japanese service which let you make a Japanese manga-comic style illustration with provided characters, background images, baloons with your text.
The generated comic strip can be saved and shared on Twitter. 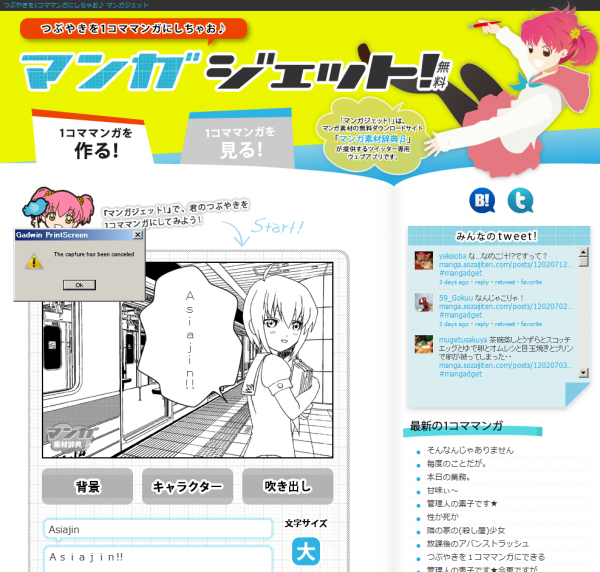 Following to the Japanese manga standard, text will be written in top-to-bottom direction so Western languages won’t fit well, unfortunately.
The service was released as a promotion of a free digital manga material directory Manga Sozai Jiten, which is run by Datacraft.
There is Feel on!, a web service to comicalize your Twitter timeline as well (and that one now supports English).
via INTERNET Watch