Pixiv, the most popular of Japan’s many social drawing services, announced [ENG] it hit an amazing four million registered users last Saturday (January 28).
It took the site, which launched on September 10 in 2007, exactly 1,602 days to reach that milestone. That’s about 2,500 users per day – not bad at all, especially for a niche site, over such a long period.
Pixiv got its first million users in June 2009, reached 2 million users in May 2010 and hit 3 million users in March 2011. With 4 million users, roughly 4% of Japan’s online population have now registered for the service. 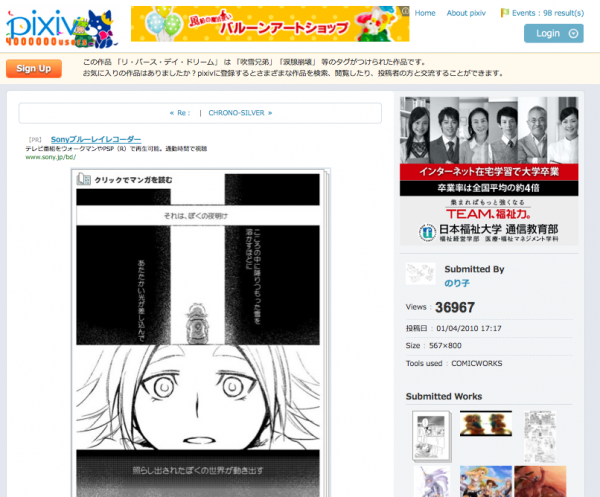 Users are generating 2.8 billion page views per month and have submitted a staggering 24.5 million works so far.
You can read more about Pixiv in TechCrunch.com’s recent article, on Asiajin, or over on Wikipedia.
Registration in English is possible here.